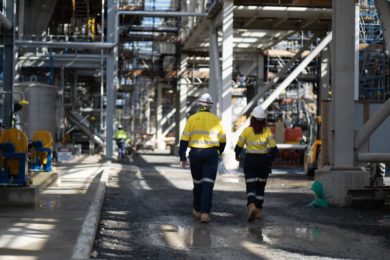 Southern Cross Electrical Engineering says its SCEE Electrical business has been contracted to work on a 45 MW/12 MWh Battery Energy Storage for Spinning Reserve (BESSR) facility at the Hammersley Iron-owned Tom Price operations in the Pilbara of Western Australia.

This contract, part of pacts amounting to around A$20 million ($14.9 million) the company has received in the resources and infrastructure sector, will see SCEE supply works for the installation of the balance of plant for the BESSR facility.

The integration of this battery energy storage system into the network operator’s existing power network has the goal of decarbonising the power generation portfolio and saving fuel costs, SCEE said.

SCEE Electrical’s works will commence immediately and are scheduled to be complete in July 2022.

Hammersley Iron is a wholly-owned subsidiary of Rio Tinto.

“The SCEE Group is leveraged across many aspects of the lithium cycle including working at lithium mines, at lithium processing plants, manufacturing electric vehicle charging systems and installing the batteries themselves,” he said. “In turn, this is only a subset of the many decarbonisation initiatives which the SCEE Group enables.”