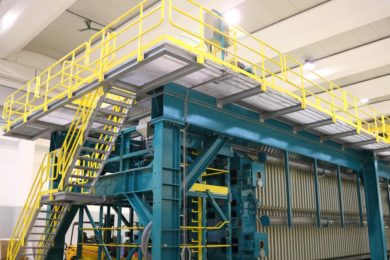 Diemme Filtration tomorrow November 30 will finally officially unveil its record breaking GHT5000F filter press via a live online event from its headquarters in Lugo, Italy (being streamed at 9.00 am UTC+1 and at 6 pm UTC+1). The widely anticipated model is 100% assembled at the factory now and is the largest filter press in the world – with a plate size of 5 x 5 m capable of handling over 8,000 t/d – and is bound for an as yet unnamed Peruvian copper mining company which is to use it as part of a major new tailings project, first in a pilot trial but later, assuming that is successful, as part of a much larger bank of up to 9 or 10 of these presses for a total capacity of over 80,000 t/d.

The filter press itself is set to be formally launched by Diemme’s CEO Rosario Tagliavini who states: “The fact that we were the first in the world to develop a machine with these features is no coincidence, since constant innovation is part of our company mission.”

Those interested in participating in the online event can still register at: https://academy.diemmefiltration.com/change-the-game/

The GHT5000F means everything optimised for state of the art filtration – F stands for fast indicating fast cycle times. But Diemme also has the ambition to become the best ally possible for responsible tailings management. After the launch itself there will then be a walkaround and in-depth discussion of the model from Diemme Director of Marketing Andrea Pezzi who states: “Companies in the mining industry have a lot of environmental and social responsibility to consider alongside running a business. The two must go hand in hand.” He adds: “The event is an opportunity for mining stakeholders to get an update on the status of filter press technology but not only that – to think about the industry with an open mind – that’s why we have said the event urges the industry to ‘Mine with Mind.’ Traditionally mining has been quite conservative, we want to outline the environmental and productivity benefits that this technology can bring, and how it will help revolutionise tailings management in mining.”

Pezzi also emphasised the importance of digitalisation – at the end of the machine walkaround, there will be coverage of the machine control panel – as he describes it, the mind of the filter press. Diemme is also launching an app at the event which will allow operators to access real time data on the press status and parameters for the benefit of the operation and the unit itself, but also parameters relating to the thickener and buffer tank before the filter plus the cake moisture and parameters of the belt conveyor.  “The whole process can be optimised and managed depending on the KPIs can you want to monitor plus true predictive maintenance can be achieved. The press has sensors that in real time are monitoring the pressure, flow rate, the energy consumption of each motor. There are RFID sensors on the cloths allowing their status and life to be followed. You also have cameras monitoring cake release.” The smart filter press system and app have already been trialled on a smaller press at a quarrying operation in Italy. Pezzi said there is also major potential to retrofit the technology onto existing filter presses to get the same benefits.

There will also be presentations from a series of keynote speakers. Well known mining tailings project consultant and Geotechnical Engineer Bryan Ulrich, formerly with senior roles at Knight Piesold and Stantec as an example will present: “I’m very excited to see advancements in filtration systems made and want to bring you an operator’s perspective on the importance of this launch. It will truly be an important day for the mining industry.” He will talk in particular about what the market was asking for in the past and what it is asking for today, and the importance of working closely with key technology providers like Diemme. 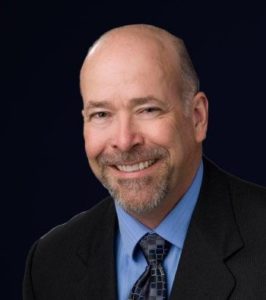 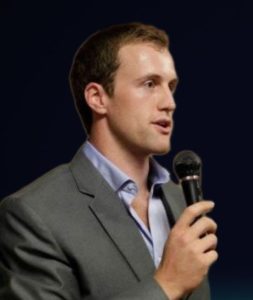 Prony Resources Plant Manager, Maurizio Orsolani will also talk – he adds: “This new GHT5000F should be wonderful and we look forward to confirming that Diemme’s ability to combine performance, simplicity and reliability, is still at the top.” Prony Resources is the new name for the well established Vale New Caledonia nickel operation following its acquisition in March 2021, and he will talk about the close cooperation between Prony and Diemme as tailings equipment client and supplier. They have a similar model, just with smaller size – 2.5 m by 2.5 m – a GHT2500F press – so he will be able to share some of the design advantages.

Also in the line-up is Cameron Hore, Senior Tailings Specialist at AngloGold Ashanti, who comments: “Events like this are so important: it’s really great to see filtration manufacturers, design consultants and mine operators working together to continue to improve tailings management globally.” He will outline his views on approaches to tailings projects in mining, giving perspectives from real operations both from AGA but also from his previous role for over a decade at SRK Consulting as a senior tailings and mine waste consultant. He will also emphasise that while there is no one solution fits all for tailings, there are many advantages to dry stack tailings and that there is a lot of potential for large capacity filter presses. 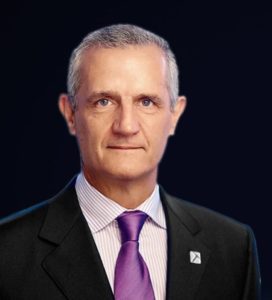 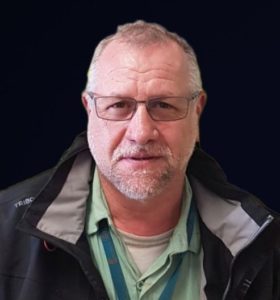 Finally in the keynote line-up will be Steve Busby, COO at Pan American Silver: “The Diemme launch event is a significant step towards advancing filtration capacities to help our industry that must become safer, more sustainable and reduce its environmental footprint.”  He will give further feedback on tailings and filtration as a mine owner and operator including from the perspective of environmental responsibilities but also from a safety and risk standpoint with discussion of both the Global Industry Standard on Tailings Management as well as regional standards such as in Canada. Pan American Silver operates Diemme filter presses both at its Escobal operation in Guatemala and its Dolores site in Mexico.

Following the event the filter press dismantling process will immediately begin in preparation for shipping it to Peru as the aim is to commission the unit by Q3/Q4 2022.