Liebherr-Australia set for Kalgoorlie return in 2022 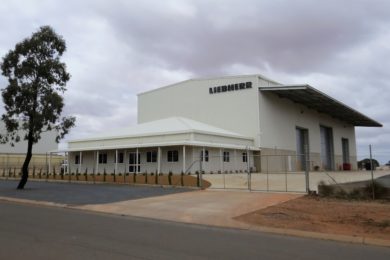 Liebherr-Australia is set to return to Kalgoorlie, Western Australia, with a new branch set to open in the city in 2022.

The Kalgoorlie branch will provide support in the form of fast access to spare parts and customer service for the growing number of Liebherr mining equipment in the region and will be one of three mining branches in Western Australia, the company said.

The branch is set to be opened in the city on a 10,000 sq.m block, incorporating a 1,000 sq.m warehouse and 180 sq.m office space, with necessary parts and Liebherr tooling held in the facility. It will be supported by full time parts personnel, with customer support and service teams using the branch as a hub when travelling between sites.

In recent years, Liebherr’s footprint of mining equipment in the Goldfields-Esperance region has grown, now supporting more than 30 excavators and trucks, over 15 mine sites and nine customers, with more scheduled into 2022.

“Returning to Kalgoorlie marks the success we’ve had in recent years in growing our equipment fleet in the region,” Trent Wehr, Liebherr-Australia Managing Director, said.

The new opening marks a return to the region for Liebherr-Australia who was present in the region through an agent between 1986 and 1990, before taking over the official OEM dealership in the region from 1990 to 2006.

Wehr added: “We have always been committed to providing the best support to our customers and establishing the Kalgoorlie branch will only further enable us to provide these services.”

The Kalgoorlie branch is scheduled to be operational in January 2022, with Liebherr-Australia to hold an official opening ceremony with key customers and partners in the March quarter of 2022 to celebrate the milestone.