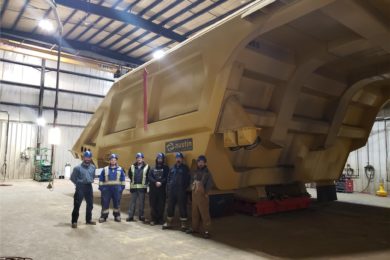 Only 16 days after opening its newest manufacturing facility in Fort McMurray, Alberta, Canada, Austin Engineering says it has completed the construction of an inaugural massive haul truck body for a client in the region’s oil sands sector.

The Austin designed, built and supported body is a heated 797 model that weighs 48 t and has a payload capacity of circa-370 t.

These Austin truck bodies operate in minus 40°C temperatures for several months of the year, according to the company, with the large red load arrow (pictured) enabling sight of loading in regular blizzard conditions.

Austin says its Fort McMurray facility has more contracted 797 bodies to complete throughout December and beyond.

Back in August, Austin announced it was expanding its North American operations into Canada, signing a 10-year lease on a site with 23,000 sq.ft (2,137 sq.m) of manufacturing facilities in Fort McMurray. 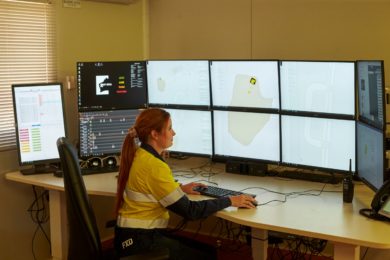 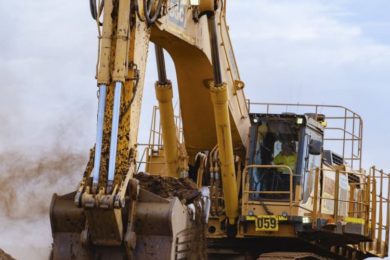