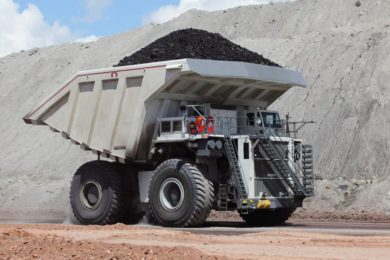 Austin Engineering Ltd saw out 2021 with a bang, receiving over A$60 million ($43 million) of orders during November and December and ending the first half of its financial year with a strong order book, the company says.

At the end of November 2021, Austin’s order book was 19% higher than at the same time the previous year.

The new product orders are for over 100 truck bodies, excavator buckets, water tanks and mine chutes, in addition to repairs and maintenance works received across Austin’s operations in Asia Pacific, and North and South America.

Delivery of new products will be to Canada, the US, Mexico, Chile, New Zealand, Indonesia and both the West and East Coast of Australia.

The increased sales activity comes as Austin continues to progress a number of initiatives across its operating regions, it said.

Austin’s new facility at Fort McMurray in Alberta, Western Canada commenced operations on December 1, 2021. Four of seven truck bodies being manufactured on site have been completed and are ready for delivery to customers in the region. Alberta has one of the largest concentrations of heavy haul trucks in the world thanks to the nearby oil sands, and the new facility is ideally placed to provide a much enhanced local level of customer support to what was previously possible, according to Austin.

Austin will undertake a A$450,000 expansion of its La Negra facility in Chile to accommodate an anticipated increased workload in the second half of its 2022 financial year. The facility has been operating at high utilisation rates for some months now and a capacity expansion is deemed necessary. Austin expects the investment to be fully paid back in the second half of the financial year.

A recent expansion of truck body, final build and assembly locations in Eastern Australia and New Zealand has led to a competitively-won new order with global gold miner OceanaGold Corp in New Zealand with deliveries to commence shortly. The order for over 20 bodies uses Austin’s recently developed modularised truck body designs developed to overcome shipping logistics issues, with final build to be undertaken close to the mine site.

In addition, Austin’s previously announced partnership with Melter in Mexico has led to further orders for a large dragline bucket and other equipment, further reinforcing the strength of this regional relationship under Austin’s “hub and spoke” strategy being rolled out globally, the company said.

Austin CEO and Managing Director, David Singleton, said: “We are pleased to see increasing momentum in sales activity across the board for both new products and repairs, and the recent uptick in orders sets Austin up for a strong sales performance in the second half of financial year 2022. With a strong order book, and strong commodity prices, our facilities are operating at high levels of throughput as we start the new year. I am particularly pleased that our recent initiatives aimed at improving cost competitiveness and driving sales have so rapidly led to an increase in orders. It gives me confidence in our approach and forward strategy.

“In addition, we will be launching some updated products in the current half with improved efficiency and safety features which, we believe, will further cement our leading position in the mining products industry.”