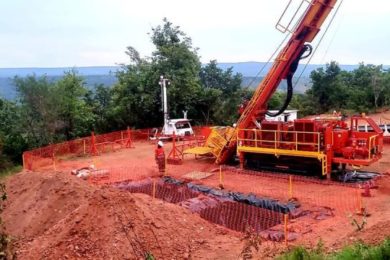 BHP has invested $40 million in Tanzania-focused Kabanga Nickel, in addition to backing Lifezone Limited and its patented hydrometallurgical technology with a $10 million investment.

Kabanga Nickel Limited says its share of the cash will be used to accelerate the development of the Kabanga nickel project in Tanzania, which it claims is the world’s largest development-ready nickel sulphide deposit.

Lifezone, meanwhile, will use the funds to advance the roll-out of its technologies. The owner of the hydrometallurgy technology that will be used to build and operate the planned nickel refinery in Tanzania, Lifezone claims this technology is more cost efficient than smelting, has a significantly lower environmental impact, and will ensure that finished Class 1 battery-grade nickel, copper and cobalt will be produced in Tanzania.

Chris Showalter, Kabanga Nickel CEO, said: “BHP is the ideal partner for Kabanga Nickel, bringing significant advantages and expertise that will enable us to move ahead with the project.

“BHP’s investment reflects the project’s strong ESG credentials and its role in improving environmental performance throughout the nickel value chain. In addition, BHP’s funding support of Lifezone’s hydromet technology – the future of sustainable metals processing – will drive progress towards a greener world. Through development of Kabanga and Lifezone hydromet, Tanzania will have a growing role in the supply of the battery metals needed to move to a global low carbon economy.”

The Kabanga nickel project has had more than $290 million spent on it by previous owners such as Barrick and Glencore between 2005 and 2014, including 587,000 m of drilling. The outcome of this previous investment is an in-situ mineral resource of 58 Mt at 2.62% Ni, containing more than 1.52 Mt of nickel, 190,000 t of copper and 120,000 t of cobalt. The Barrick-Glencore joint venture also outlined a mine plan in a draft feasibility study that looked to recover 49.3 Mt of ore at 2.69% nickel equivalent from the two primary orebodies – North and Tembo. Kabanga is in the process of updating this plan.

The first tranche of $40 million will convert into an 8.9% equity stake in Kabanga Nickel (7.5% see-through interest in Tembo Nickel Corp) once approvals and conditions are met. Once invested and on conversion, the second tranche of $50 million will increase BHP’s equity stake in Kabanga Nickel to 17.8% (15% see-through interest in Tembo), thereby valuing the project at $658 million, post-money. Tembo Nickel is the joint venture owner of the project, owned 84% by Kabanga Nickel and 16% by the Government of Tanzania, set to undertake mining, processing and refining to Class 1 nickel with cobalt and copper co-products near the asset.

The investment into Kabanga Nickel from BHP will support an acceleration in the mine’s development, including an enhanced metallurgical drilling program (which has already started) to enable update of the definitive feasibility study and support the construction plans for the hydromet refinery. These studies are expected to be completed by the end of 2022. Site and infrastructure development is already underway. The investment will also support hiring and training of local Tanzanian talent.

The investment into Lifezone allows for new patent applications as well as R&D work that will further commercialise the Lifezone hydrometallurgical technology. Lifezone currently has patents granted in over 150 countries.

The current project development timeline anticipates first production in 2025. Output will ramp up to target a minimum annual production of 40,000 t of nickel, 6,000 t of copper and 3,000 t of cobalt.