Necessity breeds innovation after US mine collapse with autonomous inspection solution from Rajant, PBE & Australian Droid and Robot 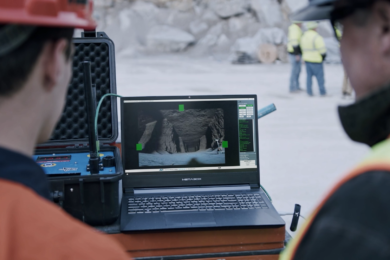 On August 13, 2021, one of the United States’ largest underground room and pillar limestone mining operations suffered a significant pillar and roof collapse. The mine is inside a mountain and accessed by horizontal adits, with the collapsed area deep inside the mine. There were no injuries as the mine was evacuated well before the event by its experienced crew, who noticed something was happening. But the collapse, which was the result of subsidence, caused expulsion of all the air in the mine. A massive gust of air, dirt, and debris flew out of all portals and ventilation shafts. It is estimated the air was moving around 120 mph.

The surface subsidence area measured approximately 800 ft across and up to 100 ft deep. As with all major mine incidents, the US Mine Safety and Health Administration (MSHA) issued a “K” order to put control of the impacted area under its authority. MSHA took an invaluable and collaborative approach to optimise safety with the mine’s owner when they both quickly realised that there was no safe way to determine the condition of the mine using traditional manned rescue and recovery techniques. Taking precautionary steps mandated by law, the situation meant the only solution was some unmanned survey – a significant challenge in this case.

Dave Hatfield, the Mine Manager, stated: “It was pretty obvious that we’d had a massive event underground. I’ve got a workforce here looking at me for answers; they want to know ‘what you are doing to keep us working?’ In talking to MSHA, it was determined rather quickly that no manned explorations would be done anytime soon. We wanted to be able to use the best technology that we could find – robotics, LiDAR technologies, drone technologies to survey the mine before we’d even consider putting boots on the ground.” 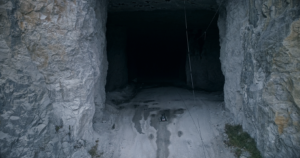 Robert Kehrman, the mining company Director of Geology & Mining adds: “For a limestone mine to collapse as it did, to go as violently as it did and to create the surface subsidence, it was unprecedented. This was definitely an area that we hadn’t been actively working so we didn’t have that technical knowledge…this mine is over 100 years old, and we don’t have a lot of technology – we have 110 power that goes in 900 ft to the shop. After that, everything that’s inside that mine is carried on the equipment. There is no internet, there is no fibre backbone.”

PBE was the mine’s existing underground communications provider. They had a 2-way radio system running over a leaky feeder before the collapse. But the leaky feeder was not functional following the collapse, nor did it have sufficient bandwidth capability, even if it was operational, to support unmanned drones or robots. IM spoke to Rob Koch​, Director of Technology at PBE Group: “The existing voice comms system in the mine was ours, so we were called by the customer to help solve this problem. Initially, we thought the robot inspection would be facilitated by some human interaction. It soon became clear the inspection and network deployment would have to be autonomous. The network would handle the sensor data backhaul and control the robots. As things stood, the mine had no network and no power. Power, and data backhaul and had to be deployed by robot, and no human could set foot past a 30 ft high berm built in front of the portal. They needed a wireless IP network with low latency and high throughput deployed ASAP. The leaky feeder system in place was designed for voice only. We looked at different technologies but settled on Rajant because we knew we could meet the need, with robots deploying a mesh network and fixed powered backhaul and do it very quickly.”

The mine needed to be able to control the robots remotely and needed to be able to use real-time video to assess the status of the affected parts of the underground operation. PBE had a good existing relationship with Rajant, so the companies could quickly submit a viable proposal for using an IP mesh network to the mine operator. Koch adds: “From the onset PBE worked with Rajant who were already familiar with Australian Droid and Robot (ADR), as a Rajant partner in Australia specialising in remote mine inspection using Rajant networks.”

The three partner companies jointly completed the deepest (in this case lateral) remote underground mine inspection in history. Using ten ADR Explora XL unmanned robots and a Rajant wireless Kinetic Mesh below-ground communication network with PBE hardware and technology, a horizontal mobile infrastructure distance of 1.7 km was achieved. This enabled the reestablishment of operations at the collapsed limestone mine and restored jobs.

Koch comments: “A key part of PBE’s solution was bringing the infrastructure as far into the mine as we could, deploy it from the outside of the mine with robots, and then come out to a central point outside the mine using a wireless network to get back to a remote office from where the whole operation could be run and managed. We selected the right antennas and worked with the mine to work out the best place to deploy the nodes, which were hauled in by the robots and left in place. We acted as an overall integrator for the data backhaul element of the project.”

Rajant Sales Director Todd Rigby commented: “Rajant BreadCrumbs® were installed by Rajant’s channel partner PBE mostly at the surface of the mine to provide a reliable high bandwidth link from the portal to an emergency operations center overseeing the remote surveying done by ADR and its fleet of all-terrain ground robots equipped with BreadCrumbs (nodes). The robots initially dragged three network infrastructure points into the mine and staggered along various routes up to 1.7 km deep. During the longest mission, the robots were transmitting 80 Mbps, and included high-definition video and LiDAR to create a virtual 3D model of the mine.”

“ADR keeps a small fleet of robots ready to go for emergencies, but this was going to require more units with different sensors and capability,” said Dr Joe Cronin, Operations Manager and one of the founders of Australian Droid & Robot based in Brisbane, Queensland. “We quickly built more robots and undertook a thorough testing regime to imitate the conditions and distances we would experience in the US. We had teams all over Brisbane, and at one stage, we had robots strung across more than one suburb, controlled from a central location. The robots were shipped to the US less than a month later and were accompanied by Andre Preller, Head Electronics Engineer and Callum MacDermid, Senior Robotics Engineer. After a day’s testing on the surface, the robots entered the mine, each robot relaying the communications signal to the next, creating a high bandwidth, daisy-chain network into the mine. A week later, the team had acquired enough data for the mining team to be able to restart operations – the only company globally who could assist with the right equipment in the right timeframe.”

ADR’s robots were able to go beyond the collapsed section and inspect all the required areas, feeding video data at up to 80 Mbps, something unprecedented in mining. The inspection made it possible for MSHA to be satisfied within a very short time that it was safe to re-enter the operation, and begin remediation efforts, which included allowing mine personnel back into the mine to reestablish power and communications, after which mining was able to recommence quickly at the site. The project, in many ways, is the ultimate example of necessity breeding innovation. It also showcased the capability of Rajant wireless mesh networks underground to facilitate autonomous mining operations where underground Wi-Fi would not be up to the task. This particular mine now intends to implement a mine-wide Kinetic Mesh network. In the future, if they were ever to have an issue of instability, they can simply run a single ADR robot into the mine using the pre-existing network infrastructure, protecting the sanctity of worker safety.