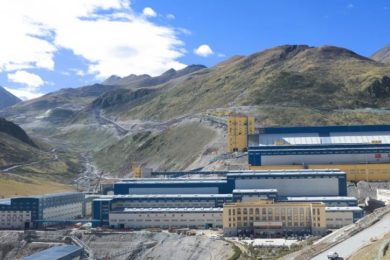 An interesting insight into the strategy and self-perception of China’s leading global miner, Zijin Mining, was given in a summary of its recent 2022 ‘Work Conference.’ Aside from its leading gold mining positoin,jJust looking at copper in 2021 alone – Zijin owns an equal stake with Ivanhoe Mines in the Kamoa-Kakula project in DRC where Phase 1 started production in May and will produce 450,000 t/y once Phase 2 is online this year, while in December it started up the Qulong mine in Tibet with Phase 1 production of 160,000 t/y which will ultimately become China’s largest copper operation as part of the Julong complex. In Serbia, production started in June at the underground Cukari Peki Upper Zone mine set to produce 91,000 t/y, set to be followed by the Lower Zone mine.

With three world-class copper mines put into commercial production, the group has enjoyed explosive growth in its copper output. The company states that overseas operations have outperformed domestic projects in all indicators, “symbolising Zijin’s standing as a global business and a key growth driver in the metals and mining industry.” It is also in the process of expanding Serbia Zijin Copper (which consists of four open pit mines) to 120,000 t/y. It also owns 72% of the 100,000 t/y Kolwezi mine in DRC and in China aside from Julong operations include the 100,500 t/y Duobaoshan in Heilongjiang Province; the 80,000 t/y Zijinshan mine in Fujian Province. 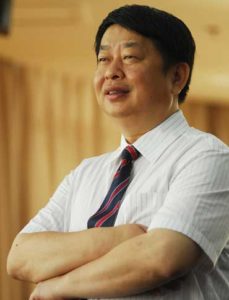 Chairman Chen Jinghe gave a keynote speech at the conference and shared his insights on the present and future of the group. Zijin Mining has also witnessed stronger recognition by the global business community. Initial achievements have been made in the development of a globalised operational process and an ESG system. “The group expanded into the renewable energy and advanced materials industry, to seek new growth opportunities. Its businesses in this field, including its copper and lithium portfolio, will become major sources for its profit growth. With full confidence about this happening, Zijin has redefined its vision – to be a ‘green, high-tech, leading global mining company,’ to better reflect its development in the future and promote green development.”

He also added in his 2022 New Year message: “Copper projects are the main driving force for the Group’s ‘leapfrog growth.’ Mature copper mines must maintain stable production and push for even higher outputs. New projects must speed up their construction so that they can be commissioned and reach nameplate capacity as soon as possible.” In the same New Year speech he added: “Stronger measures will be taken on ecological conservation and natural carbon sinks. We will build solar, wind and hydro power generators at our mines to speed up the shift from oil to electricity and electrification. We will invest more in clean energy, and build green mines to international standards. Putting high emphasis on safety and environmental protection, we keep improving our safety indicators and safety processes.”

In October 2021, Zijin Mining announced that it would acquire all of the outstanding shares of Canada-based Neo Lithium Corp for C$960 million. Situated in the ‘Lithium Triangle’ in northwestern Argentina, the Tres Quebradas Salar lithium project, also known as the 3Q project, is the primary asset of Neo Lithium. In terms of resources, the project has 7.565 Mt of contained lithium carbonate.

Jinghe added that Zijin Mining has developed its own philosophy of innovation: “Innovation is about the best combination of scientific principles and objective reality; the best innovation is the one that suits you the most; innovation is a process of constantly upending your own game. Innovation has become the core competitiveness of Zijin Mining – it’s in Zijin’s DNA and is its cutting edge. As it expands its business globally in the new era, Zijin must develop its own global competitiveness.” To achieve the Group’s new strategic goals, Chairman Chen outlined six priorities:

First, Zijin should quickly emerge as a leader in renewable energy in its own right. “Emission reduction and carbon neutrality have become a global consensus. And metals critical to the green economy as well as relevant materials are changing the world rapidly. As Zijin aims to become a responsible, green, high-tech, leading global mining company, it must take effective measures to clear its bottlenecks in talent, technology, and mechanisms.”

Second, “Zijin should secure successes at large projects that power its sustainable growth. Leading mining companies must have best-in-class resources. The Ggoup needs to look into mid-tier and major miners for merger and acquisition, so as to break new ground. These companies should have good potential, strong synergies with Zijin and suit its strategies.

“Third, Zijin should forge greater synergy among its various businesses. It should beef up its capabilities in engineering and construction, to meet international standards. Mining, the Group’s main business, should be further combined with finance and trading based on market norms.”

Fourth, Zijin should break its talent bottleneck and develop a strong talent pipeline. “A global mining company must have a large pool of professionals from various disciplines and backgrounds. Zijin’s talent pool is far too small to meet the massive demand entailed by its ambition. The aim is to create a talent pipeline, with echelons of highly-experienced seniors, strong-yet-growing middle-aged and fast-learning young professionals, and where internationally competent talent are given precedence. Functions at the Headquarters shall take the lead to have 50% of employees from outside Fujian and 50% proficient in foreign languages. Its affiliates, overseas ones, in particular, must develop a local talent strategy and foster a pipeline of skilled workers.”

Fifth, research and development in key technologies should be strengthened to secure more findings and profits. “Mining companies are, in essence, high-tech businesses. Zijin should encourage technological innovation and R&D efforts that can be applied to relevant projects. Major breakthroughs should be sought, at the earliest date possible, in the large-scale application of block caving, in a bid to lend strong technological and economic support to the group’s renewed push to go global.”

Sixth, efforts should be made to set international ESG benchmarks. “To be a leading global mining company, Zijin must think and act like one, improve its ESG performance, continue to pursue development for all. The vision of ‘Mining for a Better Society’ should be fulfilled by ensuring more stakeholders benefit from Zijin’s presence. Meanwhile, Zijin’s corporate culture should be refined from a global perspective, and the fusion of different cultures should be promoted.”