Orica sticks with growth predictions as it completes Minova sale 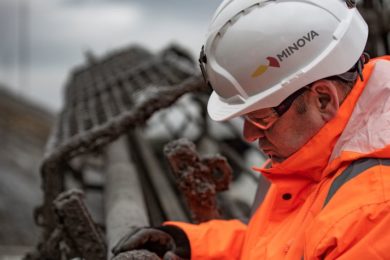 Orica has completed the sale of its Minova business to the Aurelius Group for A$180 million ($131 million), with A$149 million of cash received at completion factoring in debt and “debt-like items”, as well as confirmed expectations that its first half performance is likely to representing year-on-year growth.

The company announced the planned sale of its rock reinforcement business back in December 2021, with the deal completed on February 28.

Orica additionally said that its first-half 2022 financial year performance, as previously announced at the 2021 full year results in November 2021, was expected to be stronger than the prior corresponding period (pcp). This, it said, reflects the positive momentum leading into the year associated with improved global commodity markets, which will result in volume growth in line with global GDP growth.

“Pricing discipline in contract negotiations is expected to broadly mitigate rising input costs and pass-through lags,” it explained. “Security of supply for Orica’s customers remains a priority in a tightening global ammonium nitrate market due to geopolitical issues and supply chain disruptions, which will result in increased trade working capital.”

Orica Managing Director and CEO, Sanjeev Gandhi, said: “We’ve been able to maintain the positive momentum from the second half last year and remain on track to deliver a stronger first half than the prior corresponding period.

“With our refreshed strategy firmly in place, we are focussed on progressing on our four key business verticals and are well placed to leverage our strengths and seize opportunities in a tightening global market, while continuing to streamline the business.”