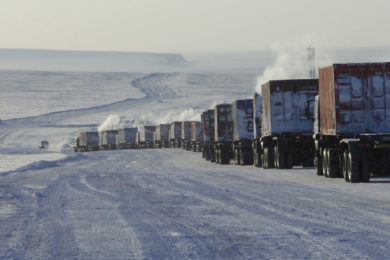 The company, noting it was deeply concerned about the loss of life and destruction in Ukraine, expressed its sympathy and support for the people who are suffering because of the tragic situation.

Kinross announced a donation of $1 million to the Canadian Red Cross Ukraine Humanitarian Crisis Appeal to assist those people most in need, it said, adding it was hopeful of a peaceful and diplomatic solution in Ukraine.

Kinross said it was also suspending all activities at its Udinsk development project in Russia. The company is also in the process of suspending operations at its Kupol mine, with the focus on the safety and well-being of its more than 2,000 employees and in recognition of its obligations to manage and mitigate the mine’s environmental impact on an ongoing basis.

Kinross said it intended to adhere to all sanctions and legal restrictions that have, or will be, announced by relevant governments.