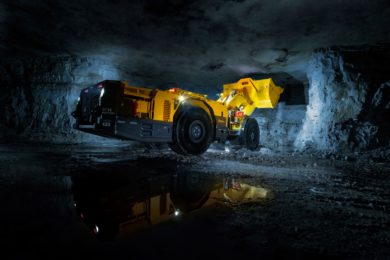 Epiroc says a large fleet of battery-electric mining equipment will be deployed at Assmang Proprietary Ltd’s Black Rock underground manganese mine in the Northern Cape of South Africa after the two companies signed an agreement.

Assmang has ordered several of Epiroc’s battery loaders and mine trucks – the Scooptram ST14 Battery and Minetruck MT42 Battery, respectively – for the deployment. The order was booked in the March quarter of 2022 and is valued at SEK120 million ($12.5 million).

The order extends Assmang’s and Epiroc’s collaboration to use state-of-the-art solutions for optimised operations at the mine, Epiroc said. Assmang has previously ordered the same type of battery-electric machines for this mine, and, in 2019,  selected Epiroc’s Mobilaris Mining Intelligence digital solution, which provides superior situational awareness of the mining operation in real-time

“Epiroc is proud to support Assmang on its journey toward lower emissions through the use of our cutting-edge battery-electric machines, while also prioritising productivity and safety,” Helena Hedblom, Epiroc’s President and CEO, said.

The Scooptram ST14 Battery and Minetruck MT42 Battery machines, manufactured in Örebro, Sweden, are built to face the toughest conditions and are packed with intelligent features, according to Epiroc. They will be equipped with a Collision Avoidance System as well as with the telematics system, Certiq, which allows for automated monitoring of productivity and machine performance.