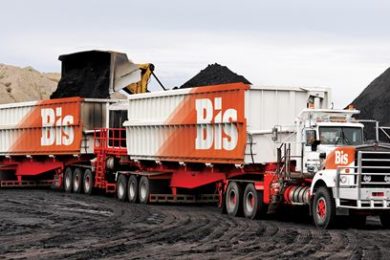 Bis says it is bolstering its presence in Queensland’s Bowen Basin region through a new off-road haulage contract with Stanmore Resources.

The multi-year contract award, which follows a competitive tender process, will see Bis deliver load and haul services between Stanmore’s Isaac Downs mine in the state and the nearby coal handling and and processing plant (CHPP) facility.

Isaac Downs is an open-pit metallurgical coal mine expected to produce up to approximately 35 Mt of run of mine coal over 16 years.

A bespoke haulage solution comprising high payload haulage combinations was developed in-house at Bis for the project, which will be supported by a range of ancillary assets and services, it said.

Bis Chief Executive Officer, Brad Rogers, said he was delighted to be welcoming Stanmore Resources as an important new customer.

“Our companies share similar strategic goals, so I am thrilled we are supporting Stanmore – a dynamic resources leader with a strong track record of safety, productivity and innovation – into the next critical phase of the Isaac Downs project.

“Bis has a long, demonstrable history of delivering bespoke and cost effective haulage solutions that are uniquely customer specific and grounded on a stringent safety approach.

“These factors, coupled with a commitment to active site management and supervision will be fundamental in ensuring we not only meet, but exceed Stanmore’s expectations.”

The contract award continues what has been a big start to 2022 for Bis following recently secured contracts for Hunter Valley Operations (HVO) in New South Wales, as well as another new Bowen Basin contract for Anglo American’s Capcoal operations near Middlemount, it said.

Rogers added: “This contract comes at an exciting time for Bis as we cement our presence in key markets and maintain our unwavering focus on delivering value every day for our customers.”