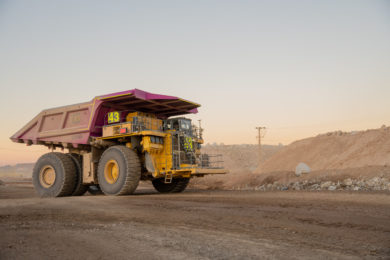 BHP in Chile recently told IM that it has begun the Execution Phase of its Autonomous Trucks project at the Spence open-pit copper mine in the Antofagasta Region of northern Chile. With this, it says Spence is continuing its autonomy journey, “with the aim of taking the operation to the mining of the future or mining 4.0 – a way of engaging in mining that is safer for people, more productive and efficient, compatible with the environment and connected to communities.”

In particular, this project seeks to replace or convert 33 large mining trucks to operate autonomously, with the first of them expected to be operational in January 2023. The truck autonomy project follows the Autonomous Drills Project, which started in December 2021. To date, four of five Epiroc autonomous drills are operating at full capacity. To date autonomous drilling has improved equipment utilisation by over 13%, more than expected before automating. In this same context, 100,000 m have already been drilled with these machines, of which over 65% was done autonomously.

Autonomous equipment is not new for BHP or other mining companies in Chile. The company’s operations in Australia have implemented it successfully and several mining companies in Chile are already working on it. Specifically in Australia, in its results for the six months ending December 31, 2021, BHP stated: “We continue to progress with the implementation of autonomous trucks across our Australian iron ore and coal mine sites. In December 2021, we approved the South Flank Autonomous Haulage Project to automate the current fleet of 41 Komatsu haul trucks. The project is scheduled to commence in the June 2022 quarter and is expected to be completed within 18 months. At the Daunia coal mine in Central Queensland, the second coal operation to implement autonomous haul trucks, all trucks are now commissioned and operational, on schedule and budget. At the Goonyella Riverside mine in Queensland, the first coal site to implement autonomous haul trucks, the deployment of 86 autonomous trucks continues in line with the plan and is expected to be completed in the middle of the 2022 calendar year, on schedule and budget.”