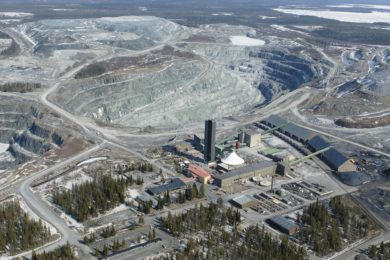 Outokumpu says it has established a roadmap to achieve carbon neutrality at its Kemi underground chrome mine in Finland by 2025. The roadmap includes several initiatives that will decrease the mine’s emissions towards zero. Carbon neutrality of the Kemi Mine is an important step in achieving Outokumpu’s ambitious science-based climate targets.

The three main factors to reach carbon neutrality at the Kemi Mine are the utilisation of carbon free electricity, using biofuels in transportation and machinery as well as replacing natural gas and propane gas with biogas in heating. Mining machinery electrification will also be extended to reduce the need for fuels.

Outokumpu’s Kemi Mine is the only mine in the EU to produce chrome which is an essential raw material in stainless steel production. Chrome from the Kemi Mine is transported to Outokumpu’s nearby ferrochrome plant in Tornio. The environmental impacts of the underground Kemi Mine are very limited due to the concentration process based on gravity separation without chemicals. Outokumpu announced its updated climate targets in December 2021. The targets have been approved by the Science Based Targets initiative and are aligned with keeping global warming below 1.5°C.