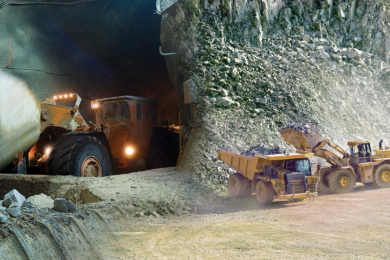 Michelin North America, Inc. has launched the MICHELIN® X® Mine D2 Extra Load L5 *** 35/65R33 tyre, an improved version of one of its most popular mining tyres.

The new tyre, developed to perform in quarry and underground mining applications, is designed to withstand the most aggressive mining environments and has the capacity to carry heavier loads, now with a *** load rating, according to the company.

“Michelin is extremely proud of this tyre because of the increased benefit it offers our customers,” Sarah Robinson, Segment Manager of Mining for Michelin North America, said. “The new X Mine D2 Extra Load tyre improves upon the well-regarded and trusted X Mine D2 tyre, as it increases the load capacity by 16%, from 28,000 kg to 32,500 kg.”

“A new bead design enhances the strength of the bead zone,” Robinson said. “Combined with stronger cables for a more robust architecture, the MICHELIN X Mine D2 Extra Load tyre increases both efficiency and yield in mining operations for our customers, allowing for more material to be extracted in the same amount of time previously necessary.”