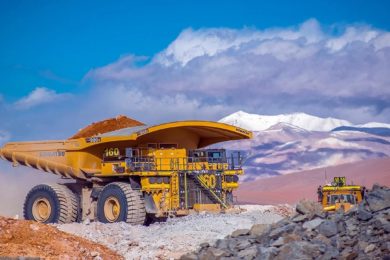 About 80% of direct emissions at the Collahuasi copper mine in northern Chile (Anglo American 44%, Glencore 44%) come from the consumption of diesel, especially from mining trucks. As discussed in its recently released 2021 Sustainability Report, the miner’s efforts related to Scope 1 emissions are therefore focused on reducing the use of this fuel fossil in trucks and, where possible, completely replace it with other energy sources.

As a short-term measure, Collahuasi is studying incorporating in the trucks a small unit that produces hydrogen from water, through a process of electrolysis, and then injects it into the combustion chamber in gaseous form, which makes the burning of diesel more efficient. This solution does not require modifying the current motors of vehicles and could reduce diesel consumption by at least 5%.

The supplier was not named but the technology described is patented by Toronto, Canada headquartered dynaCERT Inc, via its HydraGEN unit, which it supplies via dealer H2 Tek. It states: “The flame speed of hydrogen is nine times faster than the flame speed of diesel, burning diesel in the presence of hydrogen will result in overall faster and more complete combustion. This will result in higher peak pressure closer to the top dead centre (TDC) and therefore, will produce a higher effective pressure to do work. Even a small amount of H2 & O2 injected into the air intake to enhance diesel combustion decreases the brake specific fuel consumption (bsfc) regardless of the level of load. The induction of H2 & O2 contains oxygen; as a result, the increase in the air-fuel ratio improves the combustion resulting in lower fuel consumption and better efficiency.”

In 2021 and 2022, dynaCERT redesigned the 4C and 6C HydraGEN units to adapt to the rigorous requirements of the harsh environments of open-pit mining operations which are commonly located at high altitudes and inclement conditions in remote area.

In addition, looking to the medium term, Collahuasi has started working on the pre-feasibility engineering of a pilot for the use of synthetic fuel, manufactured from hydrogen plus methane, carbon dioxide or other compounds, the combination of which gives rise to a chain of hydrocarbons that can be converted into gasoline, diesel oil or a substitute for natural gas usable in combustion engines. It only requires a change to the injection system. If recycled CO2 and water are used as raw materials, and renewable energy in the thermochemical production process, this fuel does not generate emissions of GHGs.