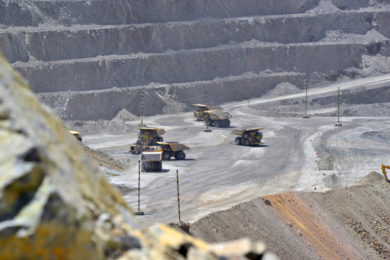 In January 2021, Chile’s Ministry of Environment published the first decree related with Law 20,920, according to which in 2023 the gradual implementation of the tyre recycling in mining needs to being and by 2030, 100% of tyres must be recycled on mining vehicles with 45 in or larger tyres.

Copper miner Collahuasi in northern Chile, about 180 km southeast of the port of Iquique, said in its recently released 2021 Sustainability Report that this represented a great challenge consider that it uses more than 900 tyres a year, equivalent to about 3,200 t. The company has a major circular economy plan in place, not just covering tyres, with 43 separate projects including eradication of plastic bottles and recycling mill grinding balls.

On tyres, after studying different technological solutions and reviewing several offers, Collahuasi decided to sign a contract with Rembre Tires, a renowned Chilean recycling company that guarantees emission-free processes with granulation technology. Thus, in the second quarter of 2021, the mine began the partnership by sending 15 used mining tyres to Rembre’s new plant in Antofagasta.

At the moment, Rembre sells the extracted rubber as a raw material to a US company, which converts it into pellets for the manufacture of synthetic pitches and mats, among other uses. In the medium term, the goal is for Rembre to manufacture its own rubber products that can be used in Collahuasi’s operations, such as truck stops (wedges) and gratings for industrial areas.