Barminco extends relationship with Evolution Mining at Cowal gold mine 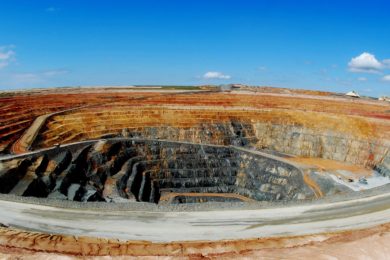 Perenti Group’s underground mining business Barminco is to further strengthen its relationship with Evolution Mining, having been awarded a new A$60 million ($42 million) contract to carry out diamond drill work at Cowal Gold Mine operations in New South Wales, Australia.

The four-year contract will see Barminco use state-of-the-art drill rig technology to improve safety, performance and productivity, it says.

It’s the second contract to be secured by Barminco at the Cowal operations in two months, after recently winning a A$520 million underground and development contract.

This latter contract will see Barminco carry out all underground development and production works at the underground mine where it is currently developing an exploration decline.

Last year, the Evolution board and regulators approved the development of the Cowal Underground Mine, which is set to provide a higher-grade ore source that will be blended with the current E42 open pit and stockpile ore. The development is part of the group’s goal of Cowal producing 350,000 oz/y of low-cost gold and extending the operation’s mine life.