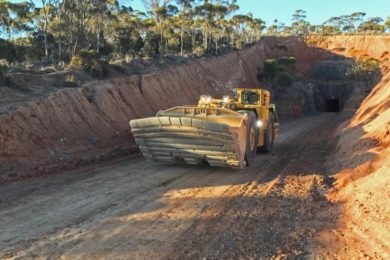 RCT says it has been selected as the preferred automation partner of Kalgoorlie-based contract mining company WestAuz Mining.

These loaders will be deployed at the Norseman Project, a gold mine site located in the Goldfields – Esperance region of Western Australia.

Norseman is 50%-owned by ASX-listed Pantoro Ltd (Tulla Resources owns the remaining 50%), which said earlier this month at the Diggers and Dealers conference, in Kalgoorlie, that mining – both open-pit and underground – had commenced ahead of first gold this quarter.

Pantoro has focused initial project planning on six initial mining areas containing multiple deposits amenable to both open-pit and underground mining. A Phase One definitive feasibility study was completed in October 2020 detailing an initial seven-year mine plan with a centralised processing facility and combination of open-pit and underground mining producing approximately 108,000 oz/y.

RCT said of the agreement: “RCT is thrilled to collaborate with Westauz Mining to maximise remote production with the deployment RCT’s latest innovative digital technology. Machine installations are currently in progress, and it won’t be long until they are operating on site.”