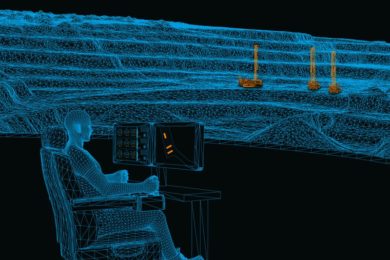 The development of this digital interface is a direct response to growing customer demand for agnostic automation systems in surface mining, the pair say.

The digital interface will enable the operation of Sandvik rotary drills via the ARDVARC ADS system with no modification to the drill rig, effectively a plug-and-play solution that allows for easy deployment of Sandvik drills to mine sites, FLANDERS explained. This open-architecture approach simplifies the installation and commissioning process while ensuring the customer retains OEM warranty and aftermarket support.

This agnostic approach to delivering digital solutions allows customers to select the value-added solutions that best meet their needs, whether that be the drill or the operating system powering the drill, FLANDERS added.

ARDVARC improves drill productivity by up to 30% and provides a significantly safer working environment for workers operating in complex or hazardous conditions, according to FLANDERS.

With its autonomous operating technology, FLANDERS helps its customers pro-actively optimise drilling and increase plant availability. The introduction of autonomous technology at the mine adds significant environmental gains for diesel machines, reducing fuel consumption and CO2 by up to 7.3% compared with a manned operation.

The first deployment of the FLANDERS/Sandvik Digital Interface is scheduled for the December quarter of 2022 with further deployments being scheduled soon after that.

Sandvik in its statement says it “will continue to develop and support AutoMine® Surface Drilling solutions for remote and autonomous operation of the full range of Sandvik iSeries drills”.

FLANDERS added that it has signed a deal with Anglo American to incorporate ARDVARC on all new and existing drills at Anglo’s Mogalakwena mine in South Africa, including the recently purchased Sandvik DR410i blasthole drills.

The third (of four) brand new Sandvik 410i drill is currently being converted to an ARDVARC Autonomous system at the state-of-the-art facility in Middelburg, South Africa.