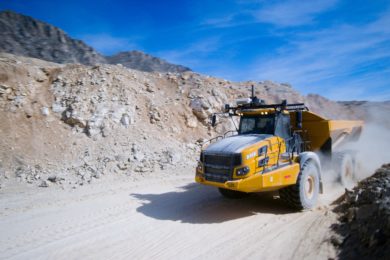 One of the newest entrants to the mining autonomous haulage space is Pronto, which many in the industry first encountered at MINExpo 2021. Having cut its teeth in state of the art on-road autonomous driving, the San Francisco-based company has approached mining AHS from a new point of view with its A2B solution. It is one of the companies featured in the IM September 2022 edition that takes an in-depth look at next level fleet autonomy.

Ognen Stojanovski, COO & Co-Founder, who before Pronto helped launch Otto and Uber Freight, both of which focused on developing technology for the trucking industry, told IM: “We didn’t start off looking to build a mining or even an off-road autonomy system. Much of our leadership team has been closely involved with on-road autonomous vehicles for some time – almost 20 years in fact – making a lot of breakthroughs with new technologies. We started out with some advanced driver assist solutions for on-road trucks and we had a customer with a commercial trucking fleet but which also had some material haulage contracts in mines and wanted to use the same tech in what was a much more controlled environment and not only that, use it to its fully autonomous capability. The more we learned about mining, the better fit we saw it having with our technology.”

Stojanovski said the Pronto team initially assumed from what they had seen the large OEMs doing that autonomous mining was already solved, “but we quickly realised it was hardware heavy and essentially restricted to ultraclass truck primary haulage and that our software and AI heavy approach could offer a much more general autonomy for mining, able to handle a much greater range of mining environments with a lot fewer sensors, much lower costs and much less operational restrictions. We seriously started looking at mining in late 2019 and by October 2020 we were already running loads unmanned in quarries.” 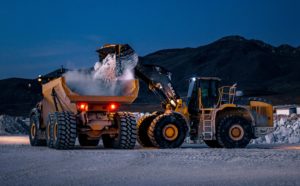 Today Pronto has already deployed not just for R&D and trials – vehicles equipped with its system are hauling ore in daily production and it believes it was the first in the US to do so. It also believes it was the first to be in regular mine production using autonomous vehicles in the smaller equipment classes. While he wouldn’t give specifics, he said that it involves multiple sites; still mainly today quarry environments with auto ADTs but also on smaller rigid trucks. IM has also previously published information on its growing partnership with South Africa-headquartered global ADT major Bell Equipment while Pronto says it also has a lot of new projects in the works.

Stojanovski adds on the potential: “You are looking at a whole other part of the market. Many of our customers don’t even have a fleet management system – quarries and small mines with five or six, or in some cases only two trucks. You can manage our system with just a phone app and sufficient connectivity through existing public LTE – which we can also upgrade in-house if needed as we have our own private LTE company.”

From the mining perspective, Advisory Specialist Owain Morton commented: “From my career in mining, we had mixed fleets which was one major issue, but also quickly realised how deep the investment had to go with the big truck OEM AHS providers into hardware to support the AHS plus a very long term commitment to that one supplier which at the time we just weren’t ready to do and we weren’t the only major miner taking that position. We were focused on mine production and our metals revenue stream. Not only that but these autonomous systems were adding to already huge data lakes which were causing their own headaches. Pronto gives a simpler solution.”

He believes that for the tier 2 large scale mines but also for all the other small mines out there that Pronto hits the target from an outside in perspective. “For all the operators you can take out of smaller than ultraclass trucks – it could be possible to redeploy and re-certify in many other areas in mining where there are huge skills shortages. Plus, there are many regions where there are already shortages of truck operators – especially in contracting companies. Many tier 2 miners don’t have the required fleet management system in place or the depth of relationship with the big OEMs to move complex AHS deals forward.”

Plus, despite the current Pronto operations being mainly US-based, the company has global ambitions. So far the focus has been on North America, but Pronto is in discussions about other projects in Europe and South America, with updates to be given in due course. Ognen said that the first deployment outside the US is set to start operation in September 2022.

What does the on-road experience bring to mining? Morton says: “On-road has much faster traffic, meaning AI decision making has to be faster, you are closer to a larger number of vehicles and they are less predictable, plus required stopping distances are shorter. You have more delineated lanes, crossroads, roundabouts, signs to be followed. Even from a collision avoidance and object detection perspective, we feel our solution is more flexible, creates less false positives and doesn’t interrupt production. In fact, the stack needed for our collision avoidance alone can effectively drive the truck autonomously. There has been resistance in mining to using technology developed for on-road with the argument that it is too different – but truck operators in mines when they finish their shift are getting in their private cars that have more advanced systems and many times more AI than the mining vehicles have that they just drove, so why not have some of that in the mine vehicles where it is applicable?”

But how does the Pronto tech actually work? The big difference to anything else out there, and this also relates to the on-road experience, is that it is camera vision based with no radar or LiDAR. Cat Culkin, Pronto CTO: “The benefits of camera-based systems are many in mining. First off, they are relatively speaking much lower in cost as we use automotive grade cameras; plus they are very robust in dusty and high vibration environments. There aren’t moving parts that can get damaged by dust or water ingress. Our software allows us to upgrade our digital imagery capabilities on the fly, unlike existing AHS requiring the latest sensors which often need to be upgraded by replacement. Neural networks processing data from cameras are also very good at classification of things in the vehicle’s path such as correctly identifying whether it is debris or a tyre or a person. But they are also good at knowing what they don’t know. They see the world more like a person does – seeing where the berms are, assessing the driveable area on a muddy, wet and changeable road. In foggy or snowy conditions, the cameras perform slightly better than the human eye and at night can just use the headlights to light up the road as a manually driven vehicle would. Our main front-facing camera behind the windscreen will maintain its clear view by coordinating with wipers just as in manned equipment.”

Redundancy is provided by V2V on other vehicles. The software analyses the imagery in real time and can decide the safe speed to drive given the conditions while still maximising efficiency. “If something comes into the driveable space like an animal which then clears the space, the truck will retard or slow down but won’t need to stop. And again, almost eliminating false positives that other sensors are affected by is a big advantage. So our system is really good at stopping for things that need to be stopped for and for ignoring those that don’t.”

Current AHS trucks mainly follow a set route or factor in slight deviations to that route each time to avoid rut generation. Pronto’s system can do this but also has dynamic path planning, not only for wear levelling but also to allow for the excavator having just moved along the face, for example. The loader operator still brings the trucks in and sends them out but the truck itself is best able to determine an optimum path to the loader in the first place. This also applies to following the best path to a dumping area whether that be a waste dump, stockpile or crushing station. “Manned vehicles entering our autonomous vehicle zones just need a small transponder. The loader still manages trucks coming in and out but just has to hold up the bucket which will tell the system the spotting point automatically.” Pronto says it aims to deliver full autonomy to any truck, in any mine, anywhere, and is deployable today; simplifying autonomy for the industry.