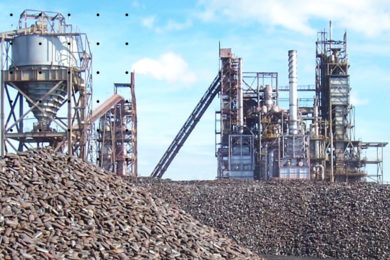 As part of the study, Metso Outotec will perform a techno-economic assessment to integrate Circored technology into TNG’s TIVAN® process that provides for the extraction of high-quality products from Ti-V magnetite orebodies.

The test work program, which was a precursor to a more detailed commercial and technical evaluation, was a success, TNG says, delivering the following results:

Now, Metso Outotec will further define the process flowsheet for the Mount Peake project and prepare a preliminary capital cost and operating cost (+/-30%) for a Circored Plant.

The use of hydrogen is a key part of the TNG’s medium-to-longer-term strategy to reduce its net carbon footprint from processing operations at the Mount Peake project.

Located 235 km north of Alice Springs, in the Northern Territory of Australia, Mount Peake will be a long-life project producing a suite of high-quality, high-purity strategic products for global markets including vanadium pentoxide, titanium dioxide pigment and iron ore fines, accordiing to TNG. The project has received Major Project Status from the Australian Federal Government and the Northern Territory Government.

Circored, part of Metso Outotec’s Planet Positive portfolio, is a process that uses hydrogen as the sole reducing agent in the reduction of fine ores, enabling carbon neutrality for metal processing plants.