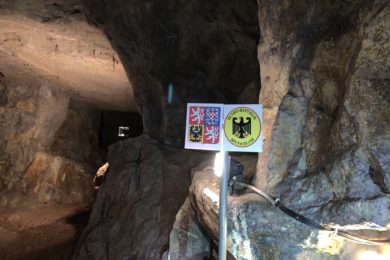 The development of the integrated Zinnwald lithium project in Germany could see the incorporation of a battery-electric fleet of LHDs and the return of metal production to a region of saxony with mining history dating back to the Middle Ages.

The London-listed owner of the project, Zinnwald Lithium Plc, has just released a preliminary economic study on its namesake project focused on supplying battery-grade lithium hydroxide to the European battery sector.

As with any responsible battery metal project being developed today, the project’s ‘green credentials’ are being considered even at this early stage.

Zinnwald Lithium has been keen to flag these, mentioning the project is located close to the German chemical industry, a fact that should enable it to draw on a well trained and experienced workforce with well-developed infrastructure, plus reduce the ‘carbon footprint’ of the final end-use product.

This focus will see all aspects of the project – from mining through to production of the end product – located near to the deposit itself.

Zinnwald Lithium also said the project has the potential to be a low- or ‘zero-waste’ project, as the vast majority of both its mined product and co-products have their own large-scale end-markets.

This could see it produce not only battery-grade lithium hydroxide monohydrate products, but sulphate of potash (SOP) for the fertiliser market and precipitated calcium carbonate (PCC) – the latter being a key filling material in the paper manufacturing process.

The project now includes an underground mine with a nominal output of approximately 880,000 t/y of ore at an estimated 3,004 ppm Li and 75,000 t/y of barren rock. Processing, including mechanical separation, lithium activation and lithium fabrication, will be carried out at an industrial facility near the village of Bärenstein, near the existing underground mine access and an existing site for tailings deposition with significant remaining capacity.

The company is looking to complete the ‘circularity’ dynamic in its fleet and equipment selection, according to CEO, Anton Du Plessis, who mentioned that electric LHDs could be used to load and haul ore to an ore pass in the envisaged operation.

He said the cost estimates to use such equipment – which are factored into the project’s $336.5 million initial construction capital expenditure bill – have come from Epiroc, which has a variety of battery-operated mobile equipment.

“The base case is battery-operated loaders,” he told IM. “The final selection will be based on an optimisation study where, in particular, partly trolley-fed haulage systems will be investigated.”

Forms of automation are also being studied, Du Plessis said, with the caveat that “only select technologies we consider proven” will be evaluated.

Zinnwald Lithium is also looking at electric options for long-hole drilling underground, with both battery-based units and cabled versions under consideration and requiring firming up in the optimisation study.

With a 7-km partly-existing network of underground drives and adits from the ‘Zinnerz Altenberg’ tin mine, which closed in 1991, already mapped out, the bulk of ore haulage is expected to be via either conveyor or rail. The former, of course, will be powered by electricity, but the company is also considering potential battery-electric options for the latter, according to Du Plessis.

The company is blessed with existing infrastructure at the mine, which should help it in advancing the project at the pace its potential end-use manufacturing suppliers would like. It is already evaluating options for the construction stage – with an engineering, procurement and construction management contract the most likely option – and it has plans to conclude a feasibility study by the end of next year.

Du Plessis said while most of the fixed assets have been removed or were deemed outdated a long time ago from the former operating underground mine, other infrastructure was in good shape.

“The excavations, main level, underground workshop, ventilation shafts and, particularly, 2020 refurbished access tunnel provide a very good starting point for our project,” he said. “The access tunnel was originally constructed for dewatering the old mine and, therefore, the mine and the tunnel have been maintained very well.”

The company is now shifting to the bankable feasibility study and currently selecting partners for the project.

With what it calls a “simple, five-stage processing” route confirmed by test work for the extracted material at Zinnwald, the company is looking to select OEMs with the optimal concept for the project, Du Plessis said.