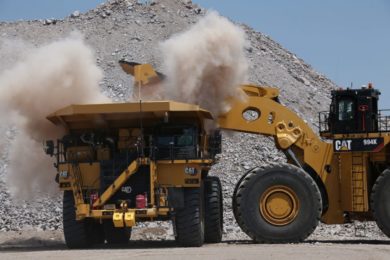 ioneer Ltd, the emerging lithium-boron supplier, has announced the completion of a Technology System Supply Agreement with Caterpillar, the world’s largest manufacturer of construction and mining equipment. This definitive agreement builds upon the Memorandum of Understanding signed last year and solidifies the early introduction of Cat’s MineStar Command for hauling AHS at ioneer’s Rhyolite Ridge Lithium-Boron Project in Esmerelda County, Nevada.

The statement said: “Caterpillar has been a leader on the journey toward automation for many years. Fully integrated mining automation systems offer unprecedented improvements in operator safety, equipment utilisation, and site productivity. The results of the Rhyolite Ridge feasibility study in February 2021 showed the viability of AHS at the mine and the proposed application of AHS could positively impact the overall cost structure of the operations. Cat autonomous mining trucks have safely hauled nearly 5 billion tonnes of material worldwide, driving over 177 million kilometres (110 million miles) without a lost-time injury.”

The operations are scheduled to start in 2024 with a fleet of Cat 785 next generation mining trucks equipped with Command for hauling, and the fleet is scheduled to expand significantly in 2028. All support equipment will feature the latest MineStar technology utilising high-precision GPS and real-time analytics to maximise efficiency and accuracy in material loading.

This will be the first greenfield operation in North America to utilise AHS and will mark the expansion of Command for hauling automation technology to the 140 t class Cat785 next generation mining truck. As stated in an October 2020 news release, the equipment, technology, and services for the first five years of operation is valued at approximately $100 million and may be financed through Caterpillar Financial Services.

ioneer’s Managing Director, Bernard Rowe, said: “We are pleased to continue to solidify our partnership with Caterpillar as we work towards commencement of production at Rhyolite Ridge. We continue to believe the incorporation of an autonomous haulage system and other Caterpillar technologies at Rhyolite Ridge will only further our goal to improve project safety and operational efficiency.”

Sean McGinnis, Vice President and General Manager for Cat Mining Caterpillar Inc, said: “As the first greenfield operation in North America to deploy AHS, ioneer is demonstrating true industry leadership and foresight. Our team is excited to work together with ioneer to improve safety and increase productivity.”

Todd Gilligan, Vice President of Sales & Rental at Cashman Equipment Co in Las Vegas, said: “We are excited to continue our collaboration with ioneer by supporting the equipment in the first greenfield autonomous site in Nevada.  ioneer has continued to show their desire to be a safe, highly productive, and technology leading lithium producer in the US.”