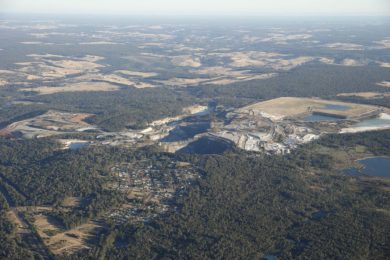 Macmahon Holdings says it has received a Notice of Award from Talison Lithium Australia for the load and haul mining works at its Greenbushes lithium project in the southwest of Western Australia.

Talison Lithium is a Western Australia-based mining company which is 51%-owned by a joint venture comprising Tianqi Lithium Corporation and IGO Limited, and 49%-owned by Albemarle Corporation.

Together with its predecessor company, Talison Lithium has been producing lithium concentrates at Greenbushes since 1983 which are ultimately used in lithium batteries. The Greenbushes project, directly south and adjacent to the town of Greenbushes in Western Australia, is a major supplier of lithium mineral concentrates.

The scope of works on the Greenbushes project includes open-pit mining activities of load and haul, and crusher feed.

Subject to final documentation of certain in-principle agreed terms and signing within 30 days, the contract will commence on July 1, 2023, for a seven-year period and has an option to extend for up to two years. The contract is estimated to generate revenue in excess of A$1.1 billion ($731 million) over its initial seven-year term.

Key mining equipment required for commencement will be from deployment of Macmahon’s existing available mining fleet with minimal impact to capital expenditure in the 2023 financial year, Macmahon says. The maximum remaining capital expenditure required to support this project is spread from the 2024 to 2028 financial years (inclusive) and totals approximately A$128 million. The five-year spread of this capital spend enables Macmahon to maintain a strong balance sheet and enhance return on average capital employed performance, and a number of opportunities exist to optimise this further.

Macmahon said: “The Greenbushes project is in an attractive location, has an existing long-term and loyal workforce with many based in the area. We are eager to engage with them and other people to discuss employment opportunities on the project to build a world-class team. Engaging with the on-site team is a priority for us upon award given the high level of performance we have noted on the project.”

Macmahon CEO and Managing Director, Michael Finnegan, said: “We are delighted to have received the Notice of Award from Talison Lithium for load and haul mining services at its Greenbushes lithium project and look forward to finalising the contract. We very much value the relationship we have forged with Talison Lithium and will continue to build on it. The award of this contract delivers on our commodity diversification strategy into future relevant commodities.”