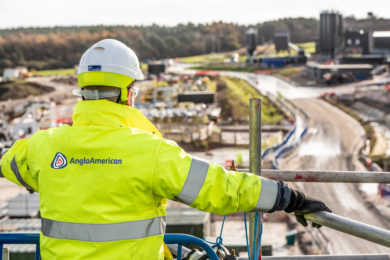 Engineering firm Worley has been awarded a contract for program management services and engineering, procurement and construction management (EPCM) to support Anglo American’s Woodsmith project in the UK, the mining company has confirmed.

Worley, in tandem with other contractors, is being tasked with delivering a polyhalite mine for its client Anglo American.

The project includes the sinking of production and service shafts with 6.75-m diameters – having depths of 1,594 m and 1,565 m, respectively – and a 37-km-long concrete-lined tunnel containing a conveyor belt, which transports the polyhalite ore from Woodsmith mine, near Whitby, to the Mineral Handling Facility, on Teesside, for processing and shipping.

In Anglo American’s half-year results, released earlier this year, the company outlined that major critical path components had continued to progress to its updated plan at Woodsmith.

“[Our] ongoing technical review confirmed there are several improvements to modify design to bring it up to Anglo American’s safety and operating integrity standards and optimise value for the long term,” it said.

The company acquired Woodsmith when it took over Sirius Minerals in 2020.