Epiroc – a technology partner for a growing Saudi mining sector 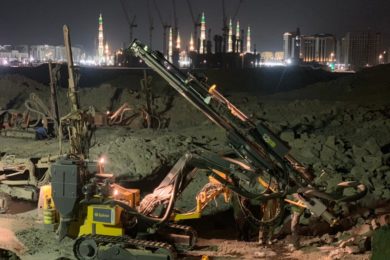 The scale of the second edition of the Future Minerals Forum in Riyadh in January 2023 showed that there is huge potential for mining in Saudi Arabia – and therefore it represents a major growth market for the big mining equipment and technology OEMs. IM Editorial Director Paul Moore recently met up with Mansoor Eskandanian, General Manager of Epiroc Turkey & Middle East, to talk about its activities in Saudi Arabia and the wider region. 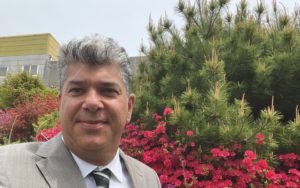 Epiroc has been in the region for a long time – initially only through a network of dealers and distributors managed from Sweden. Then in 2006 Atlas Copco opened its own regional presence for the region in Dubai, Atlas Copco Services Middle East, and in 2018 Epiroc Middle East FZE was established (in 2018, Atlas Copco was split globally with Epiroc serving mining and Atlas Copco serving industrial customers).

Eskandanian told IM: “Given the type and level of business, as well as the complexity, we felt it was the best approach to have a combination of dealers as well as our own location, and this is how Epiroc continues to operate in MENA. We vary the number of people we have locally in particular countries depending on the status of ongoing projects. In Saudi Arabia as an example, we have a long term and very respected Epiroc distributor, Bin Shehab, based in Riyadh, where we have now also based an Epiroc business development manager. We also have similar set ups in Egypt and Oman, for example.”

These managers collaborate closely with the distributor but also act as an interface between Epiroc Customer Centers, Epiroc factories and the local distributors which is very important when planning appropriate in-country training for operators and service staff.

Eskandanian added that traditionally the business in MENA for Epiroc has mainly been dominated by construction related business driven by infrastructure projects with the quarrying for materials behind that as well as tunnelling excavation and road cut excavation work. But the relative importance of mining in the region, and in Saudi Arabia in particular, is growing. The main machine ranges supplied by Epiroc in MENA have been small to mid-class crawler top hammer and DTH rigs and all the associated consumables as well as hydraulic breaker attachments.

In the early 2000s Epiroc’s business in the region was very much driven by the rapid growth of the UAE, mainly in Dubai, such as its huge land reclamation projects, but subsequently also in Saudi Arabia from around 2005 onwards and continuing to today with very significant activity on new projects like NEOM.

Saudi has a well established mining industry through Ma’aden and its phosphate, bauxite and gold operations, which are mainly surface but include underground, as well as other underground gold producers like AMAK, plus the Ma’aden-Barrick JV underground copper mine Jabal Sayid. With the rapidly advancing exploration and development work in the country supported by initiatives and mainly newly awarded licences from the Ministry of Industry and Mineral Resources plus new joint ventures and partnerships with Barrick, Ivanhoe Electric, ERG and others, Saudi mining is undergoing a transformation. It is also driving demand for Epiroc’s mineral exploration equipment.

Epiroc has already worked closely with Ma’aden at a number of its sites for some years, particularly on surface drills and drill consumables but also partnering right from the drill progam design phase on drill pattern planning and optimisation. Epiroc also works with Ma’aden at its underground operations. In Saudi underground mining as a whole, Epiroc has both production and development rigs plus load and haul equipment as well as raise boring equipment. 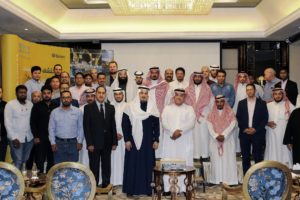 As the market in the region has matured the hole diameters have increased but still within top hammer/DTH with holes under 200 mm diameter and not into rotary rig models. Many of the phosphate and bauxite mines are using the SmartROC D60 which drills holes from 110-178 mm.

Part of the reason for this is that most of the mines are not mining daily volumes requiring the larger rotary rigs. In addition, in the whole region for security reasons, the preference has been to carry out more smaller blasts instead of a few very large blasts to produce the tonnage required.

It is also true that in general, in Saudi Arabia and the wider region, the demand has been for simpler, more easily maintainable equipment. But today, sustainability and safety are very much to the fore – and this means there is a definite shift towards more advanced and more operator friendly machines as well as machines with lower emissions and greater efficiency. There is also much more interest today in electrification of mining equipment.

Epiroc distributor Bin Shehab Trading and Contracting Company in June 2022 received the international quality certificate ISO9001:2015 at its headquarters in Riyadh. It says this reflect the commitment of its management to support and apply quality in all its operations and projects, the diligent and continuous work of all employees of the company and its branches to improve performance and organise work according to modern management methodology. As of January 2022 it has also been the agent for the whole Epiroc equipment product range in the Kingdom, having previously represented the rock drilling and tools division for more than 40 years. Through its four branches inside the Kingdom and two maintenance and repair centres in Riyadh and Jeddah, the company says it aspires to meet the needs of its customers in the mining, construction and cement sectors.