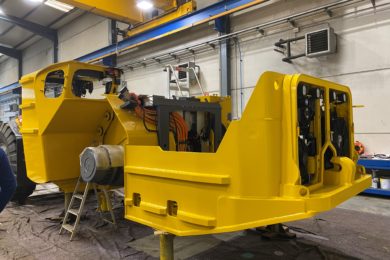 Epiroc’s second battery conversion of a 10 t class ST1030 was completed in Spain in February 2022, marking a major step up in its electrification offering for underground customers in Europe. The first ST1030 was done at the company’s facilities in Sudbury, Canada. For the latest news on this growing capability and progress with its first underground Minetruck conversion, IM caught up with Claudia Hortelano, Epiroc Iberia Manager Electrification & Digital Solutions, who has been leading these projects, for which Epiroc has worked closely with service partner Hidráulica y Mecánica Sallentina SL (HIMESA), based in Catalonia.

The new truck being converted is a 32.6 t capacity MT436B – she says: “We have completed the engineering phase machine builidng is about to start. The schedule is to finish the conversion by summer 2023. Like the ST1030 it is being done at HIMESA’s facilities with guidance and support from Epiroc.” 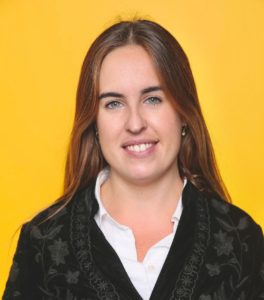 In terms of any differences in converting a truck versus converting a loader regarding the approach and battery pack used, she adds: “The working duty cycle is quite different for each machine type. The main difference between a loader and a truck is in the weight carried, it is much more in trucks. That means the battery has to be more powerful and of course bigger, it is pretty much the same goes for the rest of the components.”

She adds: “The major challenge we faced was fitting all the components and parts needed for the conversion into the core. Behind it there are many hours of engineering and a great multidisciplinary team working together.” She also says that they still have to define in detail where it will be used. “In Europe, there is a lot of interest in this model, so it is important that we define the best possible application for this first machine.”

Plus the MT436 is not the only focus and objective currently: “Our intention is to expand the portfolio but at the same time to continue converting the models already launched to develop the market for it. Interest in battery conversion is quite high and growing month by month, especially among underground customers. Plus mining regulations are about to change and having an all electric machine is an opportunity to significantly reduce emissions. Trucks and loaders represent 80% of the fuel consumption in mines and the principal Scope 1 emissions source, so focusing on these two machines is the key to success.”

Hortelano expects Epiroc in Europe to increase its rate of conversions by 2025, once it has expanded the portfolio and tested all the models as converted machines, but also reflecting the regulation changes. Conversions are done from an old core, which Hortelano says can come either from the customer or from others who want to sell their cores. “So there is a big potential market, and that makes the whole process more sustainable, aiming at zero waste.”

Plus it is also a global market, for which there is currently a high demand. The ST1030 which was converted in Europe was sold to Canada for use at Evolution Mining’s Red Lake mine – the machine has recently arrived in Canada and is having some connectors changed to adapt the battery to the CCS1 charging connector used in North America before it heads to the customer.