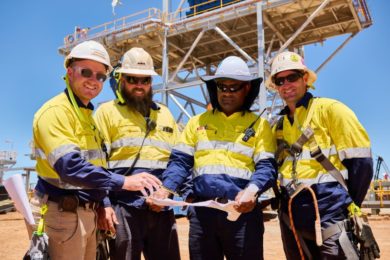 NRW Holdings’ wholly-owned subsidiary, Action Drill & Blast Pty Ltd, has been issued a notice of award by Talison Lithium Australia for drill and blast services at the Greenbushes lithium mine in Western Australia.

This award follows the longstanding relationship Action has with Talison Lithium since Action commenced drill and blast activities on site in 2011.

The seven-year (plus two-year option) contract is valued at circa-A$300 million ($213 million) over the initial period and is scheduled to commence in July 2023.

The scope of works under the contract include ore, waste, pre-split and RC grade control drilling together with loading, stemming and initiation of bulk explosives. Plant requirements for the project will be sourced from within the Action business together with new equipment capital expenditure of circa-A$30 million over the life of the contract, it said.

The contract will require a peak workforce of some 160 personnel, including the 56 currently employed on site.

Action said the majority of the workforce will be sourced from the local community, building on current relationships and training programs.

Together with its predecessor company, Talison Lithium has been producing lithium concentrates at Greenbushes since 1983, which are ultimately used in lithium-ion batteries. The Greenbushes project, directly south and adjacent to the town of Greenbushes in Western Australia, is a major supplier of lithium mineral concentrates.