Epiroc has taken what Niklas Berggren, Global Product Manager for Face Drilling Equipment, says is the next logical development step in underground face drilling design by creating a new Boomer with protected hydraulics, sensors and cables.

The Epiroc Boomer M20 is designed and built to minimise unplanned stops and maximise uptime and performance in highly demanding operations by removing what is thought to be the biggest downtime drain in underground face drilling – the need to stop production for hose changes.

Epiroc explains: “A challenging part of underground work is the everyday wear and tear on hydraulic hoses. Falling rocks and debris, and the continuous wear against the tunnel floor and walls, means constant hose repairs.”

The Boomer M20’s heavy duty hose-less boom design minimises unplanned stops for hose repairs, keeping the rig up and running even in the toughest conditions, the company said.

Developed in close collaboration with key customers, the Boomer M20 is the result of extensive research and real-world testing, according to Berggren.

“This is the perfect choice for mining houses and contractors that want to out-drill the competition through innovation,” he said.

High drilling precision and performance are ensured thanks to on-board automation features, tele-remote capabilities and digital drill plans, which give higher reliability and quality of the full drill cycle, Epiroc claims.

By utilising high performance mine development options, such as Epiroc’s ABC Regular for longer rounds, higher accuracy, reduced overbreak and better quality tunnels, the Boomer M20 allows the operator to adjust and download drill plans directly at the face, eliminating the need for adjustments on the surface, Epiroc says.

“With digital drill plan handling, drill rounds will be longer, more precise and give far less overbreak,” Berggren said. “We have seen total cost savings of up to 25% and up to a 40% productivity increase.” 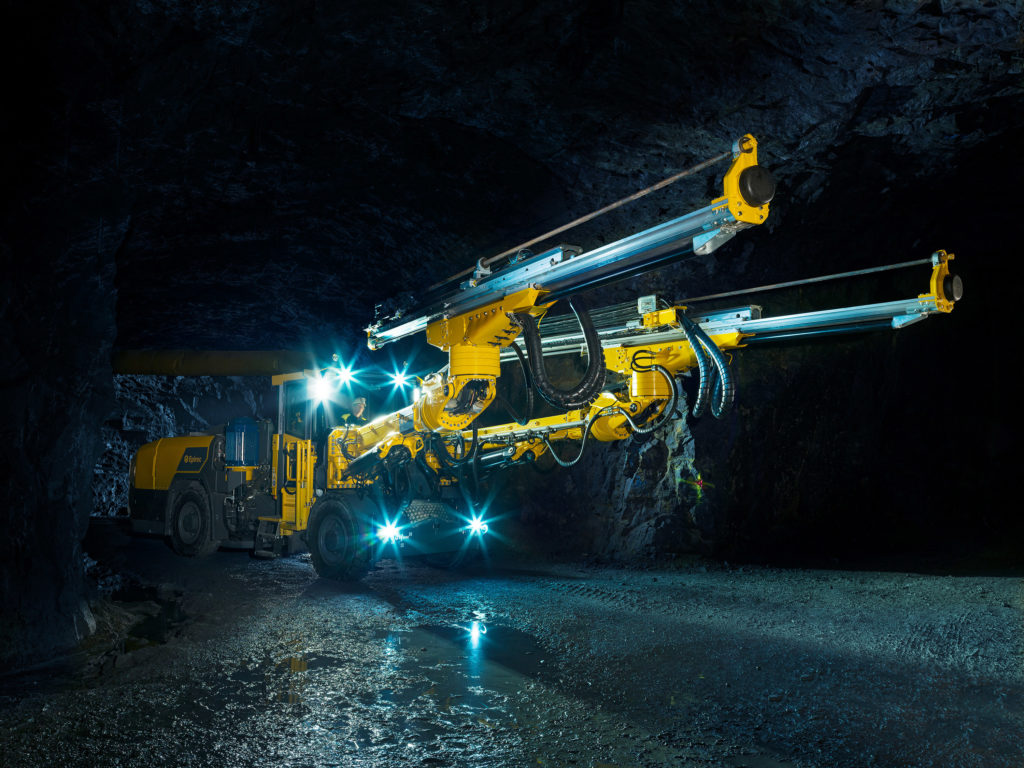 He added: “This is a very well-functioning option; on the Boomer M20, we have reinforced the technology on the face drilling rig itself so that we can utilise this option better in a harsh mining environment.”

The Boomer M20 is designed with safety at its core.

Through tele-remote capabilities, operators can drill from a safe distance away from hazardous areas at the tunnel face, while also keeping production going over shift changes. Multi-functional joysticks mean operators can always keep their eyes on the task. The cabin, reinforced with noise and vibration dampening materials to keep noise levels as low as 65 db, meanwhile, is designed for optimum visibility.

The safe bolting platform is another great safety feature that avoids operation under unsupported rock.

Such options set the Boomer M20 up to “take the lead for face drilling automation features into the future”, Berggren said.

Epiroc is continuing its charge towards electrification in underground mining with the new Boomer M20, providing a battery-electric driveline option to allow the machine to tram to the drill location on battery power and carry out drilling while plugged into the mine’s electrical infrastructure.

Berggren added: “With the on-board charger, the operator does not need to plan for charging as it automatically takes place while connected to the grid for drilling. Thanks to the high-capacity battery, the Boomer M20 has a fantastic driving range, and there is nothing to disturb the drift cycle.”

Epiroc President and CEO, Helena Hedblom, who stars in a campaign video for the Boomer M20 that sees the face drill balancing on its booms on a mountain top, said: “The Boomer M20 is another great example of how we make a difference through innovation.”

The Boomer M20 is available for commercial sales in the September quarter of 2021, and will shortly head to a customer site in Australia for tests, followed by trials at customer sites in Spain and Sweden.

Epiroc says it plans to rollout the new internal hydraulics design across the future Boomer range.