GroundProbe, a member of the Orica Group, has launched BlastVision®, a world-first solution that, it says, delivers actionable blast performance insights for optimal safety and productivity.

The crucial data aids in the detection of potential misfires and out-of-sequence firing and in identifying and tracking fly rock, according to the company. Intra-blast monitoring also adds valuable wall control insights, such as monitoring and mapping instantaneous blast damage to slopes and identifying movement on significant structures.

GroundProbe, a specialist in geotechnical monitoring, leveraged the partnership with Orica, a leading mining and blasting solutions provider, to gain information around current blast monitoring methods through interviews with engineers, according to GroundProbe CEO, David Noon.

“Through talking to mine site engineers responsible for blasting on the ground, we identified that many sites were still using quite simple and sometimes unsafe methods for blast analysis.

“Techniques included recording blasts with ground-based camera systems and conducting visual inspections of this footage to determine areas of concern.

“From this, the idea of using drone footage and automated algorithms to quickly identify key areas of interest was born.” 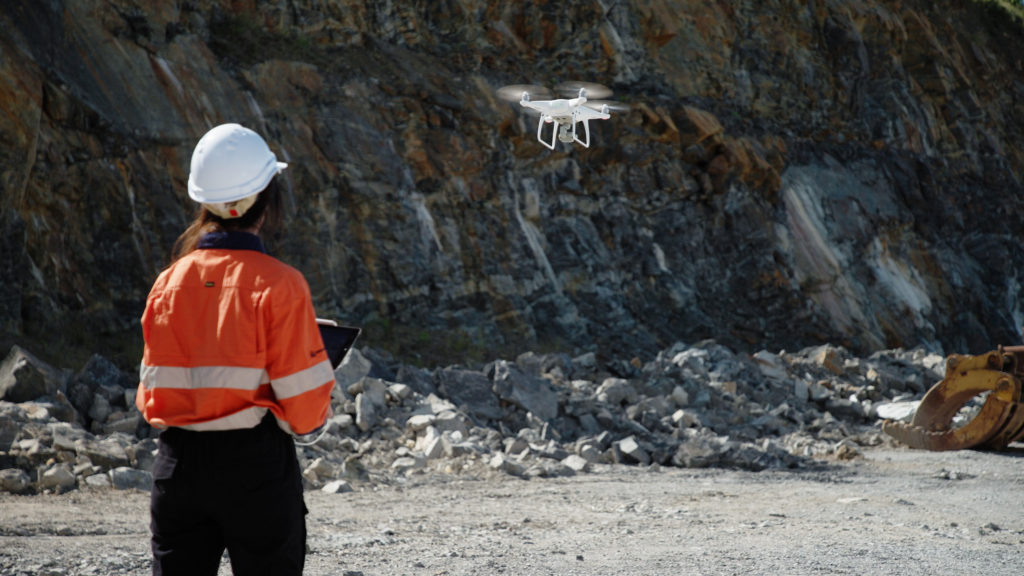 BlastVision takes custom high-speed drone footage of a blast as it happens, using world-first advanced proprietary algorithms and modern AI frameworks to convert the footage into analytics data, according to GroundProbe. Data is then remotely analysed in its custom software platform, with insights swiftly reported back to the site. From these insights, mine site personnel can optimise blasting and monitor the impacts of blasting, improving both safety and productivity, the company said.

The solution has been tested, trialled or demonstrated across over 60 mine sites around the globe, positively impacting hundreds of drill and blast team members across these mine sites, according to GroundProbe.

GroundProbe’s VP – Technology, Fernanda Carrea, said that no other solution provides the range of insights from the whole blast area that BlastVision provides, from start to finish.

“Data is also able to be captured before, during and after a blast, and covers the blast area in its entirety.

“We can proudly say that this patent-pending technology is a world first.”