C.C.JENSEN says its off-line oil filters are helping miners reduce downtime through the removal of small very harmful particles that contribute to wear and tear and, ultimately, system failure.

As the company says, sudden crusher shutdowns caused by component failure cost both time and money, with dirty or contaminated oil often the cause of these failures.

Traditionally, the answer has been to schedule preventive maintenance in order to change the oil and replace components before they fail. In this way, the need for unscheduled maintenance is reduced, the company says.

“But scheduled maintenance is still maintenance, and still means downtime,” it explained. “And downtime comes at a cost, as does the premature replacement of components that still have useful life remaining. Not to mention the oil being changed more often than necessary.”

The answer, the company says, is to reduce the wear on components instead of having to replace them so often. This is where off-line oil filtration and the company’s CJC® Offline oil filter comes in.

How clean is the crusher lube oil?

With crushers being sited in very dirty and dusty environments, the oil gets highly contaminated with particles. Traditional in-line filters can process the oil in a crusher in a matter of minutes, but the particles they can filter are, in many cases, larger than the narrow clearances within the machinery. This means smaller particles are still free to circulate and cause costly damage to pumps, gears, bearings, etc.

There is a way to remove those smaller very harmful, micron-sized particles, which contribute to wear and tear and ultimately system failure, the company says.

An off-line oil filter can catch even the smallest particles, resulting in much cleaner oil without the presence of micron-sized particles that cause expensive wear and downtime. The finer filtration also reduces the risk of the oil degrading prematurely. 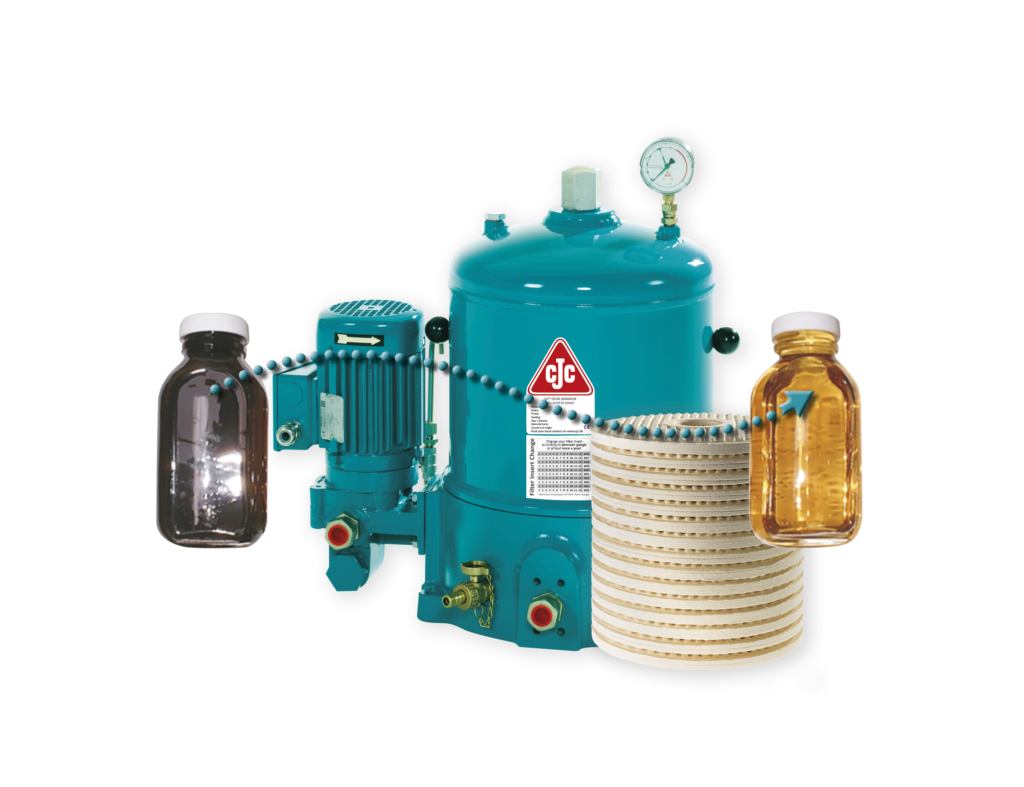 “It’s that degradation which all too often leads to oil-related component failures and, as a consequence, to expensive downtime while the parts are replaced,” the company says. “And it doesn’t matter whether that downtime is due to sudden failure or to preventive replacement in an attempt to avoid such failure. Downtime simply means lost production, regardless of the underlying reason.”

Off-line oil filtration is a much finer filtration process removing even the smallest micron-sized and harmful particles, as well as water from oil.

The result is significantly less wear on mechanical spare parts, thus extending their life as well as reducing the overall consumption of oil. In fact, the application of a CJC Oil Filter can, the company says, eliminate three of four shutdowns, extend oil lifetime by a factor of four and reduce spare parts consumption by up to 60%.

The effect on the bottom line is easy to calculate, the company says, as indicated with two examples.

A copper mine in Chile went from bi-monthly scheduled oil changes to a single, annual oil-related shutdown, for a 87% reduction in downtime, resulting in savings of almost $500,000/y before taking into account the savings on replacement parts.

Another copper mine saw cost savings of 86% on oil consumption, 73% savings of in-line filters, 62% savings in mechanical spare parts, resulting in total cost savings of €23,724 ($28,250) – approximately two thirds of the previous costs.

“Economic benefits are not the only reason to install off-line oil filtration,” the company says. “There are also environmental benefits to be gained.”

As the oil needs to be changed much less frequently, there is a reduction in the amount of waste oil to be disposed of, and less new oil is needed. All in all, this has a positive impact on the overall environmental footprint.