Zinkgruvan Mining is feeling the effects of teleremote drilling using a 4G LTE network and Epiroc’s Simba E7 rig at its underground base metal mine, according to a case study from the Sweden-based OEM*.

In early spring 2021, Zinkgruvan Mining, working in conjunction with Epiroc and IT, and telecom operator Telia, first connected its Simba E7 rig to an LTE (Long Term Evolution) network. Since then, remote production has taken off like a shot in the areas where the LTE network has been commissioned, according to Epiroc, while acknowledging this is still in trial mode.

The mine has a total of four Epiroc Simba rigs, with, at present, one of these connected via Simba Teleremote, some 350 m underground. In the future, operators may move to an office 800 m underground to get closer to the rig. 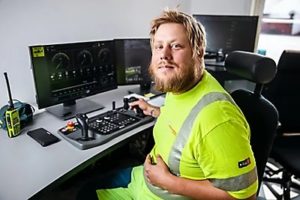 “So far, we’ve drilled seven pallets remotely,” Operator, Jocke Lindblad (pictured on the left), said. “It runs very smoothly, and as soon as we find something that doesn’t work, I can call the Epiroc service engineer who has been there from the start.”

Lindblad monitors the rig from a quiet above-ground office, next to a window where daylight flows in.

“I like being down in the mine too, but it’s certainly safer and better for the body to sit here,” he said. “It’s nice to be able to take a coffee break or get a breath of fresh air when I feel like it.”

The fact the operators do not need to drive down into the mine on a regular basis means they can drill an average of four hours more per day, according to Epiroc. In purely technical terms, Lindblad can operate the rig from an office in the same way as he would down in the mine. The screens and levers are the same as on the rig.

“The only difference is that I can’t hear the drill,” Lindblad said. “But you do have to keep a close watch on the measurement values on the display.”

Epiroc said: “Building a dedicated LTE network has been a challenge. It is much harder to bring together a design in a mine than above ground. However, the choice was easy.”

Craig Griffiths, Mining Manager at Zinkgruvan Mining, said the company, a Lundin Mining subsidiary, looked at running automation via Wi-Fi, but decided against this as it wanted the network to work for at least another 10 years and be able to handle the demands of the future.

He is convinced the investment puts the mine in a good position for years to come.

“This will give us better control over our production and reduce our costs,” he said. “It feels really good. But the greatest gain will be in respect of safety, with our employees having to spend less time in the mine.”

While the Simba occasionally – under Lindblad’s supervision above ground – changes position for a new drill hole, Mattias Dömstedt, Technical Production Coordinator, and Håkan Mann, Project Manager, have time to explain how the technology works, and how the work of installing it has progressed.

“Once complete, the project will have seen about 70 remote radio units, ie transmitters and receivers of radio signals in the LTE network, installed in the mine, providing coverage of around 70 km,” Mann said. “The LTE network will then be extended as the mine expands. The portion of the LTE network currently in operation covers around 15 km.”

By then, hopefully some time in 2022, it will be possible to run another Simba rig by teleremote, provided that RCS4 can be used via LTE, Epiroc said. But Dömstedt, Mann and their colleagues on the project have already come a long way since the very first tests in December 2020, which were designed to show whether teleremote over the LTE network worked at all.

Dömstedt said: “We were in Epiroc’s workshop 800 m down in the mine. We had a remote station in the room next to the rig, and we looked out to see if it was moving around on the rig, and it was.” 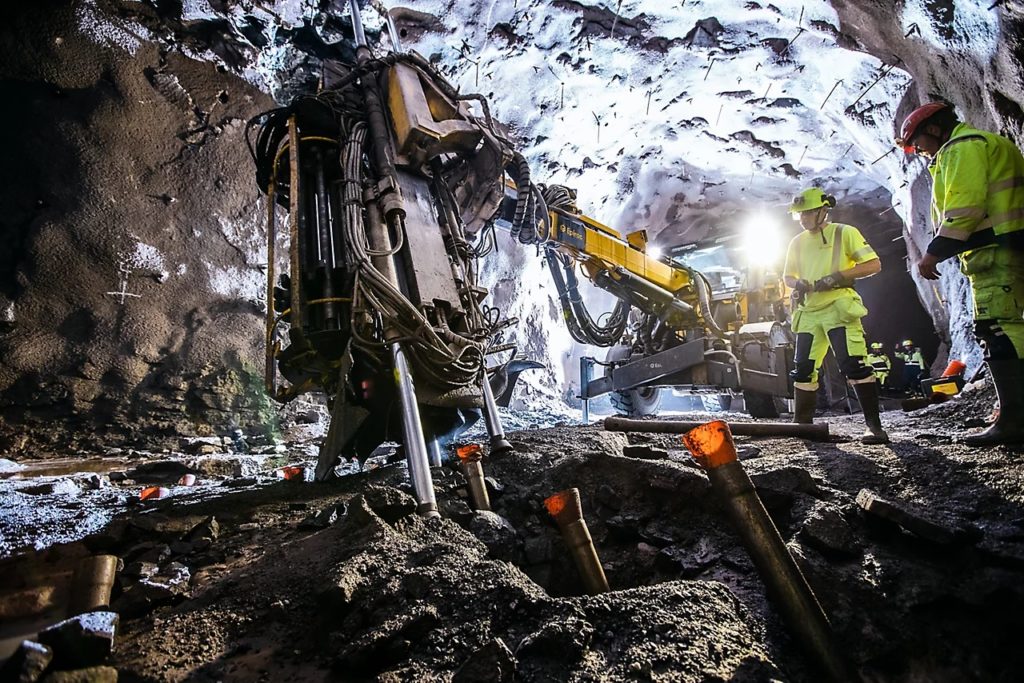 The company sees LTE opening further possibilities. For example, Zinkgruvan has collaborated with Mobilaris to set up unique, full site coverage, communication and positioning infrastructure at the site, a project that led to the development of Mobilaris Virtual Tag™, which is running on LTE.

Mann said: “As we are the first to build something like this, we haven’t been able to ask anyone for help, we’ve had to solve all the problems ourselves along the way.”

According to Mann, the key to success lies in clear, short decision-making paths and a responsive way of working where everyone, including partners and suppliers, takes responsibility and is fully committed.

“This is exactly our approach to this project,” he said. “Everyone involved has had direct contact with each other. Even the operators have been able to talk directly to those building the network.”

The close cooperation with Epiroc has been crucial to the project, according to the OEM.

“Our development has gone hand-in-hand with that of Epiroc,” Mann said. “They’ve known that we were going to build an LTE network and then developed their teleremote system accordingly.”

Despite the fact Zinkgruvan is still a long way from bringing home the project, both Mann and Dömstedt are proud of what they have achieved. After completing 6,500 remotely drilled meters, they say the drilling is more efficient than ever, while the operators are satisfied and happy. The target is to reach 10,000 m, after which a thorough evaluation of the technology will be carried out.

Dömstedt said: “It’s been fantastic to work on this project. I’ve been working with automation in different ways for four years here in the mine and now have started drilling and see how it has developed – it’s been really fun! Of course, the fact that we’re getting such good feedback from the operators makes it even more exciting.”