Volvo Construction Equipment says it is building the world’s first test and demonstration area for electric, autonomous transport solutions at its Customer Center in Eskilstuna, Sweden.

Construction has already begun on the brand-new area, which will be dedicated to testing and demonstrating the latest innovations in sustainable power, connectivity and autonomous solutions.

This 66,000 m² innovation zone will include a secure track for full-electric, automated and teleoperated machines with charging infrastructure and 5G connectivity, a control and training room building, a spectator stand and training area for the Volvo Co-Pilot assist functions.

Chief among the innovations on display will be the TARA autonomous transport solution from Volvo Autonomous Solutions for defined sites, such as quarries or mines.

Calle Skillsäter, Technical Specialist in connected machines at Volvo Autonomous Solutions, said: “We are excited to demonstrate our complete TARA solution to customers, including how to set up and run the site, how to charge and store the TA15 electric autonomous haulers, and how we manage the control room and surveillance operations – everything in a brand-new state-of-the-art facility.” 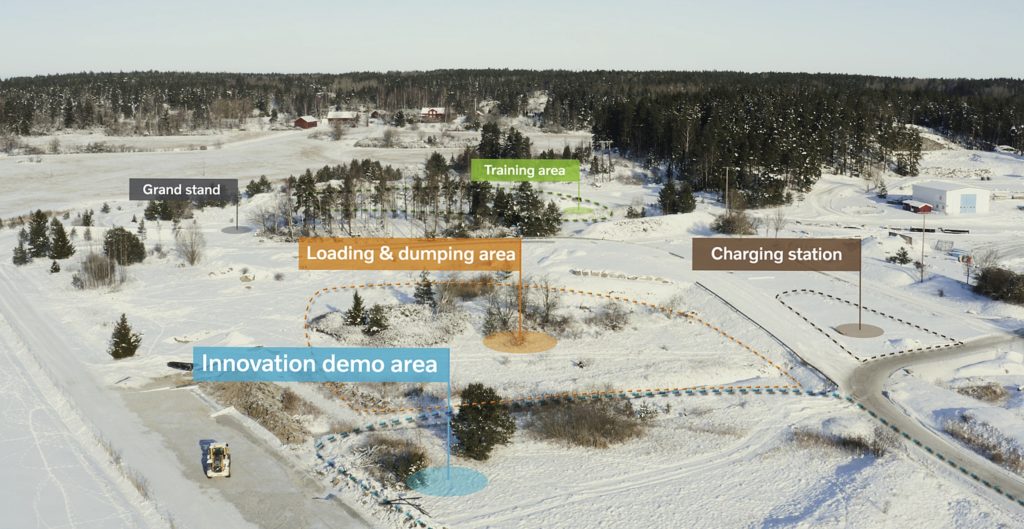 The secure track will also showcase remote-controlled machines, which can also be used in quarries or mines using two tele-operation rigs installed in one of the control rooms. Another of the control rooms, meanwhile, will demonstrate in real time how Volvo CE’s uptime and productivity services can reduce customers’ total cost of ownership and operation, the company said.

Back in July, Volvo Autonomous Solutions President, Nils Jaeger, told IM that the test track already had six TA15 haulers running, and an R&D team was working on the development of future automation functionality/capability as well as operating the current test fleet.

He also confirmed Harsco Environmental and Volvo Autonomous Solutions had a joint project at Harsco’s location at the Ovako Steelworks in Hofors, Sweden, where adapted TA15 haulers were being used as slag carriers during a year-long pilot.

Carl Slotte, Head of Sales Region Europe & International at Volvo CE, added: “This is an important strategic investment, not just for Volvo CE and Volvo Autonomous Solutions but the entire Volvo Group, and is proof of our commitment to drive sustainability through innovation. We are looking forward to welcoming visitors to this world-class facility and allowing them to experience exactly how we are building tomorrow.”

The innovation area is expected to open later this year.