MineSense is gearing up for a move underground with the help of New Gold and its New Afton gold-copper mine in British Columbia, Canada.

The Vancouver-based technology company has already established and proven its ShovelSense technology for the open-pit mining sector, with its X-ray Fluorescence (XRF) sensor-based system now operating on shovels, wheel loaders and excavators on a commercial basis across six operating mines. This includes large installations at Teck’s Highland Valley and Copper Mountain’s copper operations in BC, as well as one ShovelSense unit at the Antamina copper operation in Peru.

Designed for operation in extreme environments and retrofits on any existing mobile equipment, ShovelSense units come equipped with a human machine interface and proprietary algorithms that measure and report ore grade/characteristics. They can also connect directly to fleet management or other existing control software systems, enabling mine operators to reconcile geological block models with actual ore grade data.

Having finetuned the system for above-ground operations, the company is now embarking on its underground move, according to MineSense President and CEO, Jeff More.

A trial of the underground ShovelSense system at New Gold’s New Afton mine is first up to complete product development. The company will be installing a unit on a Cat R1600G LHD for this step. This will be followed closely by installation at a “large entity” in Chile – with More anticipating start up in the September or December quarter.

The development agreement with New Gold at the BC-based mine is looking to trial and finetune the system for underground operations, with More confident the ShovelSense system will stand up to the test.

“The core technology – all of the algorithms, software, hardware – is the same as ShovelSense for open-pit mining,” More said. “It is the ‘application package’ – looking at how we can attach the unit to the machine and protect it in an underground environment – that is what we have to test out. The design for this is already complete; it’s just a matter of trialling it.”

New Afton represents a good test for the system.

New Afton is Canada’s only operating block cave mine, with the New Afton deposit part of a larger copper-gold porphyry district in the region. The operation regularly mines 15,000-16,000 t/d of ore and waste, with the majority of this currently going to the mill. 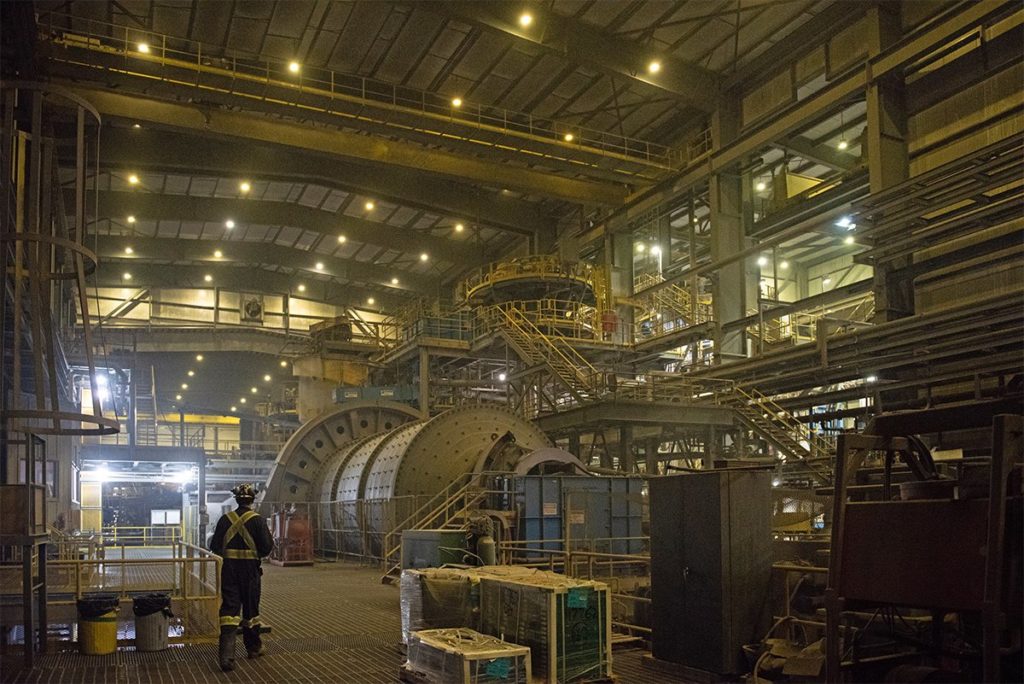 The company has already pursued “ore segregation” projects to boost the grade of material being fed through to the processing side, but the move into the higher-grade C-Zone in 2023-2029 will place an even greater emphasis on ore/waste boundaries and milled tonnes at the operation.

At the same time, the ShovelSense deployment at New Afton will represent the first time MineSense has sent a unit into a mine that has so much payable gold, with most operations the company has worked on being primarily base metal-oriented.

“This will be the first time we’re touching gold at this level; we have other mines that have payable gold but not at that level,” More explained.

In New Afton’s case, sampling and historical data has proven that the orebody’s copper and gold ratios tend to be consistent and unchanging over the long term. With this knowledge, New Afton has used technology in the past to determine the copper value and make ore/waste production decisions. ShovelSense allows New Afton to move the ore/waste production decision to the drawpoint, according to MineSense. This reduces mixing and blending during the crushing and conveying circuit which can homogenise the material to the point where it is not worth segregating.

Trialling new technology such as this is nothing new for New Afton.

The operation already uses automated loading through Sandvik’s AutoMine solution, is employing electrification with the use of Sandvik and MacLean Engineering battery-powered mobile equipment, and, in the process plant, has Gekko Systems’ highest volume InLine Pressure Jig IPJ3500 to improve gravity concentration.

More says the ShovelSense unit could be in the Cat LHD bucket at New Afton in August, with the machine then going through an above-ground trial ahead of the underground transition at the end of September.

“By early Q4, we should have completed the pilot,” he said.