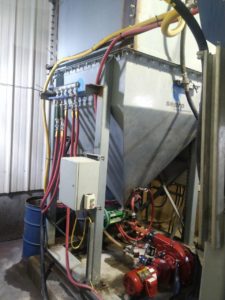 Harte Gold has been given the go ahead by the government of Ontario to start commercial production at its Sugar Zone mine, paving the way for full-scale output of 1,400 t/d in 2021.

This approval means the company is fully permitted to mine, process ore and pour gold on site at Sugar Zone.

Even though Harte has only just received provincial signoff for Sugar Zone’s commercial plan, it has been busy on site where it has already completed a 70,000 t advanced bulk sample, mined 30,000 t of ore under a Phase 1 Commercial Production permit and built an 800 t/d processing plant.

With this permit ticked off, the company can now proceed with its commercial production plan. This envisages a start-up of operations at 540 t/d at Sugar Zone, increasing to 800 t/d in the December quarter of 2019 and, subsequently, to 1,400 t/d from January 2021.

This would see 904,000 oz of total recovered gold production over the mine life, approximately two thirds of the combined indicated and inferred resources announced back in February, Harte noted in the PEA.

In the latest press release, Harte Gold said full commissioning of the mill complex was nearing completion, while testing of the crushing and conveyance system was complete. Water had been successfully circulated through the mill and the power line to site was built, with all electrical equipment delivered and installed.

“For the month of July, 254 m of development was completed, or 8.2 m/d. Development completed to-date has opened up several areas in the Sugar Zone deposit, particularly in the near-surface Upper Zone area, to provide early high-grade stopes,” the company said. Redpath Canada is helping the company out with underground development.