As open-pit mines reach their economic end of life, mine owners are considering the viability of transitioning their open-pit operations to underground.

Drawing on its deep level mining expertise in South Africa, Worley helps mine owners around the world to explore the feasibility of underground life of mine extensions and identify the most efficient and safe underground mining methods.

Among the driving factors in the transition to underground mining are declining ore grades, deeper ore deposits, and an increase in demand for minerals required for the global energy transition, such as copper, lithium, manganese and nickel, Worley says.

“Worley’s centre of excellence for copper in Chile has been supporting open-pit copper mine customers for nearly three decades,” the company said. “The company is gearing up its underground capability as these mines shift their operations to below surface to access deeper ore reserves.”

Worley’s South Africa operations is one of the company’s mining centres of excellence with niche experience in deep level mining.

Mining has been the mainstay of South Africa’s economy for well over a century, and a major source of employment as well as foreign investment. Consequently, Worley has grown its South Africa mining team in one of the best mining environments in the world, with a collective experience of over 120 years in deep level mining and process expertise.

Robert Hull, Vice President for Mining, Minerals & Metals in Africa, says Worley’s South African operation is recognised for its deep level shaft experience, and the company also has experience across most commodities including base metals, coal, platinum, gold, diamonds and ferrous metals.

Hull says Worley has a strong global workshare philosophy and culture of collaboration. The specialist skills in South Africa gained from working on some of the biggest underground projects in the world are an integral part of Worley’s mining, minerals and metals global project delivery offering.

Worley says it is one of the few companies in the world that has the expertise to design hoisting systems for mass hoisting, such as at the Venetia Underground Project, which will hoist approximately 6 Mt/y of rock.

The De Beers Venetia Mine in South Africa is the biggest source of rough diamonds in the country, according to Worley. The mine is in the process of transitioning from open pit to underground, to extend its life by some 25 years.

Hull says Worley is leading the way in developing digital solutions for the planning, design and execution of mining projects, with the South Africa office having played a key role in the design and development of much of the group’s digital technology in mining and minerals processing. 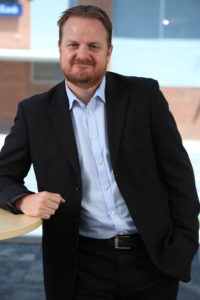 The Wafi-Golpu project is ranked as a world-class deposit in terms of its size and the grade of gold and copper within it. If developed, it will be the largest, deepest and most complex underground mine in Papua New Guinea, with a mine life of 28 years, Worley says.

Worley’s South Africa team is also supporting its Australia counterparts to project manage the delivery of the deepening and expansion of an underground gold mine. This includes construction of a 1,460 m shaft, additional capacity in the processing plant, and supporting infrastructure to enable profitable recovery of ore at depth to 2 140m below surface. IM understands the project in question is the Newmont-owned Tanami Expansion 2 project, in the Northern Territory of Australia.

“In South Africa, we have a dedicated materials handling department that has the latest tools including discrete element modelling and finite element analysis, and advanced simulation tools for conveyer design,” he said.

Coenie Mynhardt, Winder Engineering at Worley, adds that mine payloads have increased dramatically in the last two decades in pursuit of higher productivity rates. Mines such as Impala and Phalaborwa, in South Africa, with an approximate 12-t per skipload, were considered ‘mega mines’ in their day. The mines of the future are more than double that size.

“The mega mines of the future need mega machines to be able to handle such big payloads,” Mynhardt says. “Materials handling technology for such deep, high tonnage operations will test current technology for capacity and reliability to bring the ore from the production levels to surface. We have the skills and expertise to find the solutions to these challenges.”

“Countries such as Chile have immense potential for transitioning from open pit to underground if the geology supports it,” commented Hull. “With the wealth of experience across locations and over 4,000 staff in our mining, minerals and metals business line, we can safely and successfully deliver our customers’ underground mine assets through collaborative development of the mine and associated infrastructure anywhere in the world.”

The MOU provides a framework of key terms to be included in the Mining Development Contract and other related agreements with the state, including provision for stability to underpin the significant long-term investment required to develop and operate the project.

The agreement also re-affirms the intention of the parties to complete the permitting process and achieve grant of a Special Mining Lease by 30 June, 2019.

“This MOU is an important step in progressing the permitting of the Wafi-Golpu project. I wish to thank Prime Minister O’Neill and his government for the constructive manner in which they have worked with the WGJV partners and for the commitment demonstrated in advancing this important project in the best interests of the people of Papua New Guinea and shareholders,” said Peter Steenkamp, Chief Executive Officer of Harmony.

He added: “Our joint understanding of the terms and timeline that we are working towards as set out in the MOU is central to the commencement of the initial work programme. Harmony is committed to make a meaningful contribution to the social and economic development of Papua New Guinea and we look forward to continue working with the government and people of Papua New Guinea to complete the permitting process.”

As a result of entering into the MOU, the WGJV is completing approval processes to commence a substantial work programme, including the establishment of underground access for further drilling of the Golpu deposit and the construction of a bridge over the Markham River, which is an integral feature of the proposed new Northern Access road from the Highlands Highway to the mine site.

The Golpu deposit is located approximately 65 km southwest of Lae in the Morobe Province of PNG, which is the second largest city in PNG and will host the Wafi-Golpu export facilities. The proposed mine site sits at an elevation of some 200 m above sea level in moderately hilly terrain and is located near the Watut River about 30 km upstream from the confluence of the Watut and Markham rivers.

The feasibility study update was released in March 2018. Project economics set out in that demonstrate significant free cash flow generation. Once in production, the asset has the potential of being one of the lowest decile cost copper-gold producers.

Exploration activity to date has shown that the Wafi-Golpu tenements host one of the highest grade porphyry copper systems in southeast Asia (the Golpu deposit).

The Golpu deposit is one of several porphyry ore bodies identified along the 25 km long Wafi-Transfer. Newcrest and its joint venture partner are actively exploring this highly prospective terrain for additional deposits.

Harmony and Newcrest each currently own 50% of Wafi-Golpu through the WGJV. The State of PNG retains the right to purchase, at a pro rata share of accumulated exploration expenditure, up to 30% equity interest in any mineral discovery at Wafi-Golpu, at any time before the commencement of mining. If the State of PNG chooses to take-up its full 30% interest, the interest of each of Harmony and Newcrest will become 35%.