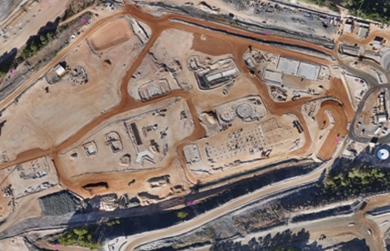 The company has been awarded a contract by MSP Engineering to design, supply and construct process water tanks at Talison Lithium’s Chemical Grade Plant 2 project.

The contract, which has a value of around A$2.7 million and commences imminently, will see the tanks delivered over a six month period. They will form part of a complex, state-of-the-art mineral and chemical processing facility, according to WestStar.

SIMPEC Managing Director Mark Dimasi said the contract award was the culmination of many months of effort from his team and the company was “optimistic that our work here will translate into further awards and even greater market traction”.

SIMPEC won the business from MSP after it was engaged by the engineering company to supply and subsequently install high voltage and fibre optic cables and concrete pits at the project.

MSP is the head contractor for the design and construction of the project, which will more than double the capacity of the Greenbushes mine to 1.34 million tonnes per year of lithium concentrate. The project, owned by Talison, a 50:50 joint venture between the US’ Albemarle and China’s Tianqi Lithium, is due for commissioning in the June quarter of 2019.

Earlier this month, SIMPEC was contracted to provide “expert engineering services” for the ore handling plant area at BHP’s South Flank iron ore project, also in Western Australia, which followed on from the contractor providing a constructability and estimate review desktop study on the project earlier in the year.