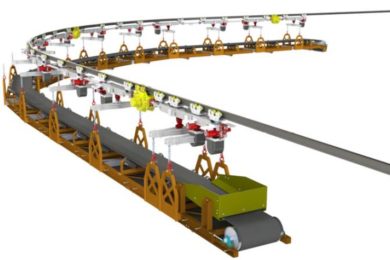 IM reported on the highlights of the latest preliminary economic assessment in an earlier story, which showed the after-tax IRR going from 27% to 46% using the Muckahi Mining System (MMS) concept. But, the filing of the latest technical report has brought out some more details.

The report states on MMS: “The system challenges the status quo in many ways with the goal of establishing more efficient and cost effective alternatives to established mining processes.”

The MMS requires the use of a one-boom jumbo, service platform, mucking machine and tramming conveyor to create a more continuous mining process that can accelerate return on investment. It also significantly reduces the ventilation needs in underground mines by using conveyors as the main transport solution, playing into the mine electrification theme that is gaining traction.

Stanford, who is credited as the originator of the technology, explains the design rationale in the report:
“The production system in a mine is effectively a serial set of processes, with the ultimate objective of delivering rock, at specification, to the processing facilities. Each process step will have a primary design objective of either transformation, transport, or storage. In some processes there will also be inadvertent, non-design, transformation. This inadvertent transformation is generally not a desired outcome (ore pass slough, oxidation, etc).

“It is quite common for the ‘rates’ or ‘availability’ of processes in a serial set of processes to be out of alignment/coordination with each other. When this is the case, the productive capability of the entire system is reduced.

“To increase the productive capability of the system, designers frequently insert storage processes between transformation and/or transport (T&T) processes. These storage processes serve to reduce the inter-dependence between T&T processes and thereby increase throughput. This can be an effective design feature to maximise output, but it is expensive.

“In an underground mine these storage facilities, whether they are for rock or supplies, must be excavated and equipped, which consumes capital. They frequently also require re-handling, which consumes operating dollars. A design objective for Muckahi was to eliminate the need for storage processes by finding ways to bring into alignment the rates and availability of the entire set of T&T processes.”

He continues: “If the quality (size) of the rock product from the primary blast is not adequate for downstream processes, then a secondary sizing process will need to be added to the ‘set of processes’. Having ore-passes in the mine design will also force a requirement for a secondary sizing process. This is due to the uncontrolled size of the wall rock that, over time, will slough into, and dilute, the ore product.

To materially reduce the capital, operating cost, and mine build schedule, the MMS design approach sought ways to reduce the number of process steps and make the remaining process steps more efficient.

This involved eliminating secondary sizing processes that required ‘constructed’ facilities such as a crusher station – thereby eradicating the need for ore passes – cutting out all storage facilities, and replacing the current logistics model of one-way traffic in large tunnels, with two-way traffic in tunnels half of the size.

Stanford said the MMS has been able to achieve all of these requirements on a conceptual level by using five solutions:

Torex said the concept is now shifting to the underground testing phase, with manufacturing of the first of the prototype machines underway in partnership with Medatech Engineering Services out of Canada. This could see the first trials underground at the company’s ELG mine in the March quarter.

In summary, the key expected benefits of Muckahi are: