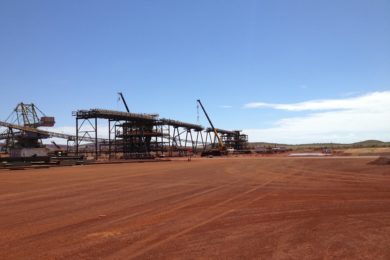 WestStar Industrial’s engineering contractor business, SIMPEC, has been awarded a key contract by ATCO Structures and Logistics in the construction and deconstruction of a 600-room camp at Rio Tinto’s West Angelas iron ore mine in the Pilbara of Western Australia.

Following completion of mine development, SIMPEC will return to site and deconstruct the camp’s electrical and communications systems.

SIMPEC Managing Director Mark Dimasi said: “This is a tribute to our team resulting from our efforts at the Cataby project. What a commendable achievement to secure a project with ATCO Structures and Logistics for the Rio Tinto West Angelas mine site, further enhancing our exposure to camp construction works.”

The investment at West Angelas’ C and D deposits is part of a $1.55 billion plan to sustain production capacity at part of the Robe River joint venture (owned 53% by Rio, 33% by Mitsui and 14% by Nippon Steel & Sumitomo Metal Corp).

The joint venture partners will invest $579 million in developing deposits C and D, with first ore expected in 2021.