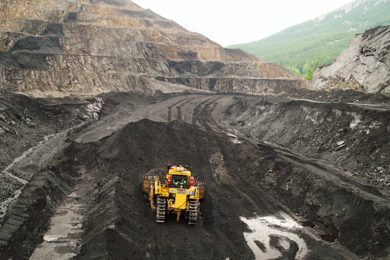 RCT’s ControlMaster® Teleremote solution has been selected by Canada’s largest diversified mining company, Teck Resources, for use at one of its steelmaking coal operations in British Columbia’s Elk Valley region.

The ControlMaster Teleremote solutions were installed on a Cat D11T dozer and a Cat 390D hydraulic excavator, operating at the open-pit steelmaking coal truck and shovel operation at Teck’s Coal Mountain Operations.

The technology supports safe production at the operation, as equipment can be operated remotely in areas that are deemed unsafe for human operators, RCT says. The solutions also help increase productivity and profitability on site.

RCT, which recently announced a broadening of its automation offering, integrated a communication network into the Teck’s existing wireless network to facilitate the remote functions of the machines. In addition, the RCT Custom department played a part in the project as it was the first excavator of this model the company has completed an install on.

RCT’s VP of Business Development for Canada, Vern Deveau, said the solution provided to Teck met the client’s requirements and operators were impressed with the custom teleremote solutions.

The project and training were delivered ahead of schedule with positive feedback received from Teck staff on site, RCT added. Customer support will be provided locally by RCT’s Ontario branch, which will carry out servicing and any support required by Teck going forward.

RCT says Teck is also assessing the viability of implementing the same technology at other operations.

Teck’s Coal Mountain Operations produces metallurgical coal, which it exports by sea to the Asia-Pacific region and elsewhere. The current annual production capacities of the mine and preparation plant are approximately 2.7-3.5 Mt of clean coal, respectively, Teck says.