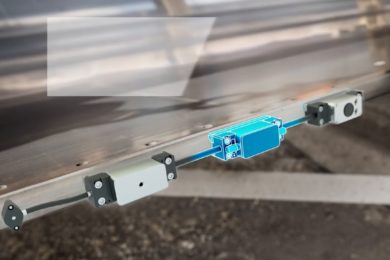 Goldcorp has announced the three finalists selected to pitch to a panel of judges at the #DisruptMining 2019 live finale taking place around the PDAC event in Toronto, next month.

The trio includes companies looking at a new drilling approach that can unlock the value in narrow vein deposits; a unique way of training artificial intelligence (AI) to autonomously operate a mineral processing facility; and an Internet of Things application that increases the intelligence of belt conveyors used to transport material at mine sites, according to Goldcorp.

Todd White, Goldcorp Chief Operating Officer and Executive Vice President of Operations, said: “#DisruptMining continues to represent the best of innovation in the mining industry. These finalists demonstrate break-through thinking and help build digital momentum in mining. The industry needs to help accelerate the development of these kinds of technologies.”

After a technical review by a group from the University of British Columbia, shortlisted submissions were reviewed by senior Goldcorp representatives to determine semi-finalists and finalists for #DisruptMining, Goldcorp said. The three finalists pitching their disruptive technology to the panel of judges are:

Co-hosted by KPMG, the #DisruptMining live finale will take place on Sunday, March 3, 2019 at the Rebel Entertainment Complex in Toronto during the PDAC convention. Each finalist will present a short pitch video followed by a Q&A with the judges, in front of a live audience of nearly 600 people, demonstrating how their concept or technology has the potential to #DisruptMining.

In addition to finalists, six semi-finalists will showcase their technologies at the #DisruptMining Innovation Expo. The Expo will take place on Sunday March 3, 2019, at the Rebel Entertainment Complex in Toronto.