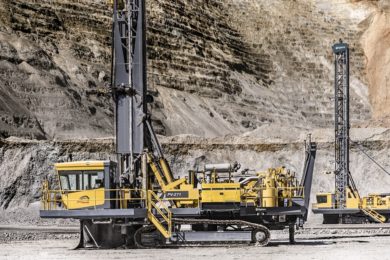 Inge said the customer feedback the mining OEM had received from the 30 or so automated rigs it had at mine sites, which had drilled close to 7.5 million metres autonomously, had included significant cost savings on maintenance.

“When you talk to most customers, operators and mines they will tell you that autonomous drilling is a productivity resource,” Inge said. “One of the by-products we have seen is reduced cost of maintenance.”

He said some of the company’s biggest customers had estimated “some very large figures” for maintenance cost savings linked to, for example, reduced operator abuse of the rig and improved drill string component life.

Such savings were lowering the total cost of ownership that came with operating these machines, while also strengthening the business case for further automation on mine sites.

During the same press briefing, Epiroc announced its automation-ready Epiroc Pit Viper PV-231 would be available from Spring of this year following an 18-month field test at a Nevada gold mine. Inge said this test was probably one of the most successful trials the surface drilling team had ever experienced.