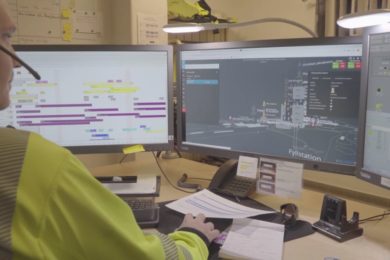 A decision support solution for mine safety and efficiency, MMI enables superior situational awareness and is designed to visualise and support mining operations in all its complexities, in real-time, Epiroc says.

Hindustan Zinc has introduced various technologies and innovations and has obtained success in enhancing safety, efficiency and exploration, according to Epiroc.

Back in 2017, the miner looked to automate many of its operations, acquiring Epiroc drill rigs, LHDs, haul trucks (including the MT65) and exploration equipment to be used in five of its mines in northwestern India. The automation and other high-technology features of the equipment were enabled through the common Rig Control System, with most machines are equipped with the telematics solution CERTIQ.

Following the latest MMI order, Sunil Duggal, CEO, Hindustan Zinc, said: “We are continuously making efforts to develop better, connected and intelligent mines. The partnership with Epiroc will support our direction to develop safer and more productive operations at Rampura Agucha mine”.

The MMI portfolio features situational awareness, short interval control, including machine data integrations, and traffic awareness promises to get maximum productivity and efficiency out of a customer’s mine, according to Epiroc.

“Thanks to the openness and transparency of the MMI solution, integrations with mixed fleet machines, sensors and more will create the foundation for vital real-time analytics,” Korsman-Kopra said.

The system is expected to be operational during once the networking is up and running at the Rampura Agucha mine.

Rampura Agucha is the second largest zinc mine in the world, according to Hindustan, with production of 3.9 Mt in the company’s 2018 financial year. It has a zinc-lead reserve grade averaging 15.7% Zn+Pb, with total reserves of 46 Mt as of March 31, 2018.

The ongoing underground mine project is being developed with a vision of producing 5 Mt/y of ore and includes a main production shaft of 955 m depth, 7.5 m diameter and hauling capacity of 3.75 Mt/y; two ventilation shafts, two declines from surface and paste fill plants, according to Hindustan.