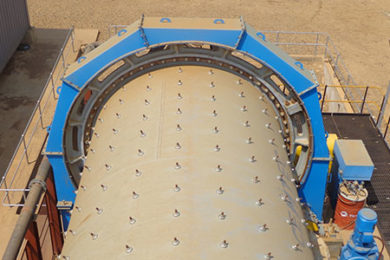 Xtract Resources has signed up to a collaboration agreement with Mutapa Mining and Processing (MMP) that could see the building of a carbon in leach (CIL) plant and the subsequent processing of hard-rock ore from its Manica deposit in Mozambique.

As part of this agreement, MMP, in partnership with Omnia – a company Xstract previously signed a joint venture and collaboration agreement with in 2018, will be appointed as independent mineral processing contractor on the various gold-bearing mineral deposits on the Manica concession.

MMP has agreed to finance and conduct the mining operations at Manica, including all capital and operating costs, with Xtract receiving between 20% and 23% (depending on the prevailing gold price) of the hard-rock after tax operating cash flow.

At the same time as this, Xtract intends to exploit gravity-recoverable gold during the CIL plant-build phase, assuming suitable material is available.

Colin Bird, Executive Chairman of Xtract, said: “This agreement allows for the extraction of CIL-amenable resources to be commenced in the mid-term whilst alluvial operations continue. The income to Xtract, once commercial levels of production are achieved, is expected to be significant and continuing for in excess of six years.”

While alluvial operations continue and the CIL plant plan is finalised, alluvial gold will still be exploited through an agreement Xtract has in place with Huafei Gold Resources.

And a concession exploration programme will be initiated with a view to enlarging the currently known resource by drilling at depth and testing areas not yet investigated, according to Bird.

MMP is currently the owner of a 42,000 t/mth hard-rock processing plant, which includes crushing, milling and gravity recovery circuits and furnace, for mining and mineral processing, located in the Manica region of Mozambique, according to Xtract. This plant has already had over $11 million invested to date and, as Xtract is aware, represents the only sophisticated hard-rock processing capacity in the Manica region, the company said.

“The MMP plant is the key reason supporting the rationale of agreeing the collaboration agreement, as it reduces both capital expenditure requirement and the time to production of the Manica project,” Xtract said.

MMP has undertaken to commence construction of the CIL plant and to provide Xtract with a schedule of purchases and an activity chart indicating initial production and a target date for commercial production of no later than July 1, 2020, Xtract said. Commercial production is defined in the agreement as the installation of a processing plant with throughput capacity of not less than 29,000 t/mth (being 70% of the planned 42,000 t/mth throughput).