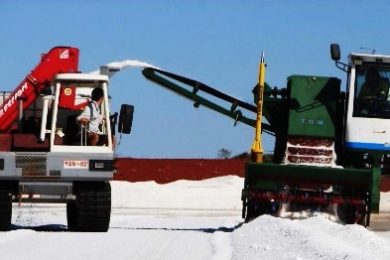 Kalium Lakes has secured key contracts with APA Group and Shell Energy Australia for the transportation and supply of gas to meet the requirements of its Beyondie sulphate of potash project (BSOPP), in Western Australia.

These contracts will provide 1 Tj/d of gas to produce 90,000 t/y of SOP and also allows for expansion to support increased production and production of magnesium by-products, according to Kalium Lakes.

Shell Energy’s gas will be used at the BSOPP site for power generation, steam generation and product drying during operations, while APA Group’s 88.2%-owned Goldfields Gas Pipeline (GGP) will transport and deliver gas via a new, purpose built metering and connection facility. Early works have commenced with APA on the design of the new metering facility.

These contracts – and others, such as ones associated with engineering, procurement, construction management and commissioning – are subject to a final investment decision (due shortly) and subsequent notice from Kalium Lakes that it is ready to commence commissioning and production operations, the company said.

Kalium Lakes’ Chief Development Officer, Rudolph van Niekerk, said: “The close proximity and ease of access to the GGP offers significant cost advantages to the BSOPP, which has allowed Kalium Lakes to own and operate its own gas pipeline, spur and gas fired power station with funding provided by the Northern Australia Infrastructure Facility.

“Importantly, the award of the gas supply and gas transport operations contracts to Shell and APA are also within the budget allocated in the BFS and FEED outcomes. We can now also confirm that approximately 50% of our FOB cash operating costs have now been locked in, again on budget.”

The BSOPP project aims to commence production at 82,000 t/y of SOP in 2020, before ramping up to 164,000 t/y of SOP for domestic and international sale. An initial mine life of between 30-50 years is anticipated for a project designed to be a low cost, long life and high margin producer, it said.