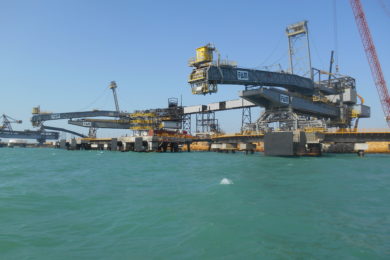 The company, which earlier this year stopped bidding on all future mining EPC projects, said it was also exploring all options for its Resources segment, particularly its Oil & Gas (O&G) business, including transition to a services-based business or divestiture. SNC-Lavalin’s Resources division reported negative EBIT of C$256.6 million ($195.4 million) in 2018.

“The decision to reorganise the company will allow SNC-Lavalin to focus on the high-performing and growth areas of the business, which will be reported under SNCL Engineering Services,” the company said, adding that it will fulfil the contractual obligations of its current LSTK projects and then be reorganised as SNCL Projects.

The reorganisation and exiting from LSTK contracting is the first step of the new strategic direction for the company that is focused on de-risking the business and generating more consistent earnings and cash flow, SNC-Lavalin said.

Ian L Edwards, Interim President and Chief Executive Officer, said: “LSTK projects have been the root cause of the company’s performance issues. By exiting such contracting and splitting it off from what is otherwise a healthy and robust business, we are tackling the problem at the source and, as a result, we expect to see a material improvement in the predictability and clarity of our results.

“Going forward, the reorganisation will allow us to focus on leveraging growth opportunities and end-to-end project management capabilities that we have in SNCL Engineering Services, delivering consistent earnings and cash flow, with a leaner capital structure, to our shareholders.”

In March, SNC-Lavalin confirmed a $260 million engineering, procurement and construction contract with Codelco at Chuquicamata, in Chile, had been cancelled following a dispute.