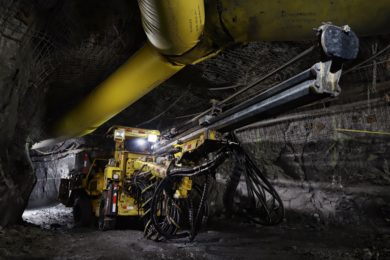 Having recently secured the finance to develop its Madsen Red Lake gold project in Ontario, Canada, Pure Gold Mining has started to secure contractors to build the mine.

The company has awarded the surface engineering and procurement (EP) contract to JDS Energy & Mining in partnership with Hatch and Knight Piesold, while Dumas Mine Contracting has secured the underground mine design engineering contract.

Just last month, Pure Gold Mining secured a $90 million project financing package with Sprott Resource Lending Corp that, on top of money already raised, more than covers the C$95 million ($72 million) in upfront capital required to build the mine. This will be put towards redeveloping the old mine workings, adding additional development levels and investing in a new fleet – much of which could be battery-electric.

With the engagement of its engineering partners, the company says it has commenced construction at Madsen, which is due to produce an average of 80,000 oz/y of gold at an all-in sustaining cost of $787/oz.

“Detailed design work on surface infrastructure, as well as underground electrical distribution, mine ventilation, mine service design and stope optimisation has been initiated, as well as equipment sourcing and the procurement of long lead time items,” the company said.

Pure Gold Mining President and CEO, Darin Labrenz, said: “Madsen began as an exploration concept in late 2014, and has evolved into a multi-million ounce gold deposit that is now under construction as Canada`s highest grade gold development project. Along the way, the team has hit every milestone we set: from first resource estimate, to early conceptual studies, through a comprehensive feasibility study, an agreement with our First Nation partners, and now a fully funded financing package.

“Today, as we commence construction, our project is perfectly timed to benefit from a rising gold market, and looks set to generate well over C$800 million in cumulative pre-tax cash flow with gold currently near C$2,000/oz.”

Demianyuk is an engineering professional with 15 years of industry experience in mine development at all project stages, having worked for established EPCM firms earlier in his career and then transitioning to specialise in project management and engineering management as part of owner’s teams at Rio Tinto, Frontera Mining, Newcrest Mining, and Nevsun Resources.

Barbara Womersley, meanwhile, has been engaged as a Human Resources Lead for the company.