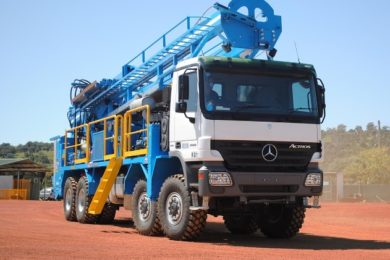 The two companies have entered into an agreement for hydrogeological borefield drilling and construction services for both the Chichester and Solomon operations.

The contract will see Pentium pocket estimated revenue, based on the initial scope of work, of A$13.3 million ($9 million) for a two-year fixed scope contract with a one-year extension option.

The scope of work as defined under the contract is to provide the drilling and installation of production, injection and monitoring bores to support mining and exploration activities across multiple locations, within the Pilbara region. As defined in the contract these sites are inclusive of Cloudbreak, Christmas Creek, Solomon and Eliwana.

Pentium completed the mobilisation of the first Dual Rotary (DR) drill rig and associated auxiliary plant at Chichester in October 2019 under a previously agreed initial purchase order from FMG.

Pentium anticipates the mobilisation of the second DR rig under the new contract during the month of January.

It said: “Revenue from these works is based on contract key performance indicators for the number of production and monitoring bores and is also subject to metres drilled and drill rates.”

In addition to this work with FMG, Pentium Hydro also has rigs and equipment out at BHP’s Olympic Dam mine, Roy Hill’s iron ore operation and AngloGold Ashanti/Independence Group’s Tropicana gold mine.