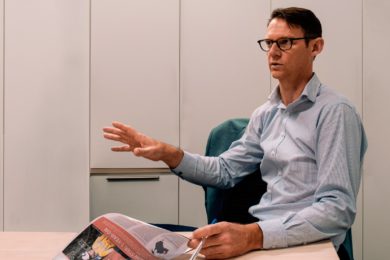 The study, ‘Northern Star: 1-Year-On’, shows drill and blast productivity has increased significantly since implementing Production Optimiser in March 2018. At just one of NSR’s Kalgoorlie gold operations, the miner achieved 42,000 additional stoped tonnes, or around 8,300 oz/y of gold; increasing revenue by A$18 million ($12.2 million), according to the study.

In addition to this, the technology led to a cumulative 31% increase in drilling productivity, a 7% reduction in average stope cycle time and a 54% decrease in “bridged tonnes”.

Production Optimiser, which works independently of the rig’s on-board systems and can be retrofitted to any make or model of drill rig, uses Minnovare’s CORE software. This software digitises “drill plans and plods (Digi-Plan/Digi-Plod) for accurate drill-data capture and real-time transfer throughout the mine” to deliver greater speed, accuracy and reliability in rig setup – leading to greater drilling accuracy and optimum blasts, according to Minnovare.

Jeff Brown (pictured), Principal Innovation and Technology at NSR, said: “We’ve seen average drilled meters across our Kalgoorlie operations increase by up to 33%. That’s a significant impact, which has been underpinned by this technology.

“The follow-on from that increase is an equally significant impact to the productivity and, ultimately, profitability of our operations. It’s a prime example of a new technology can quickly add value to multiple areas – producing a better business outcome.”

Due to the success achieved from the Production Optimiser, NSR has entered into an official ‘Collaboration Agreement’ with Minnovare.

Brown said: “This [agreement] will help fast-track a number of new product developments currently in the pipeline, that we see as having the potential to make just as big an impact on our operations. That’s exciting and promising for us as we look to develop and expand on our assets.”

In addition to the work in Kalgoorlie, NSR has agreed to equip its fleet of long-hole drill rigs at the Pogo gold mine, in Alaska, USA, with the Production Optimiser technology.